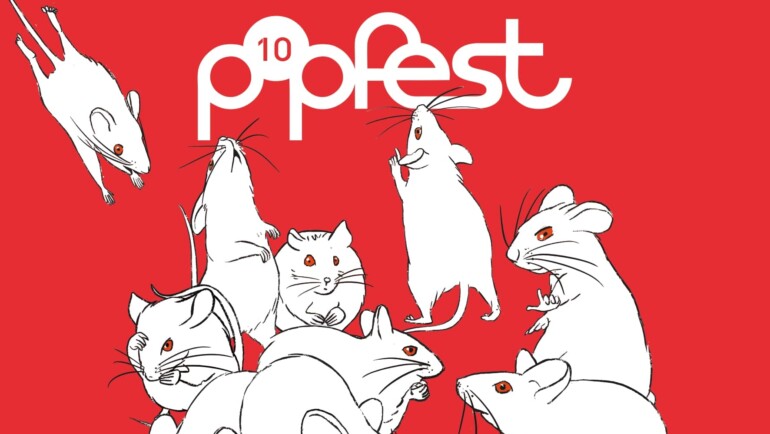 From 25 to 28 July 2019 , the 10th POPFEST WIEN will be taking place on Vienna’s Karlsplatz, gathering new pop music from Austria. The curators of the anniversary programme  MIRA LU KOVACS (SCHMIEDS PULS, 5K HD) and YASMIN HAFEDH (YASMO) invite the audience to a musical journey that consciously leaves hierarchies behind.

On the “Seebühne” in front of the baroque Karlskirche the eloquent feminist rapper Ebru Düzgun alias Ebow will give the starting signal for this year’s pop festival on Thursday, 25 July, followed by the virtuoso and internationally experienced soul singer LYLIT and the long-awaited concert premiere of Tom Neuwirth’s post-Conchita project WURST”. On Friday the lake stage will feature the jazz orchestra Vorarlberg feat. Sista Rae, the hip hop crew SWANKSTER, the celebrated soul/R&B newcomer Lou Asril and the songwriter and ESC participant PÆNDA.

Saturday will see the singer-songwriter Eva Billisich & the derrische Kapelln, the jazzy hip hop of SKETCHES ON DUALITY, Amadeus winner AVEC and SOIA & Band. In between the Seebühne-acts Madame Baheux, Petra und der Wolf, Mascha, Spitting Ibex, Petrol Girls as well as Dero & Klumzy will challenge the heteronormative pop cosmos with their performances on the second open air stage. 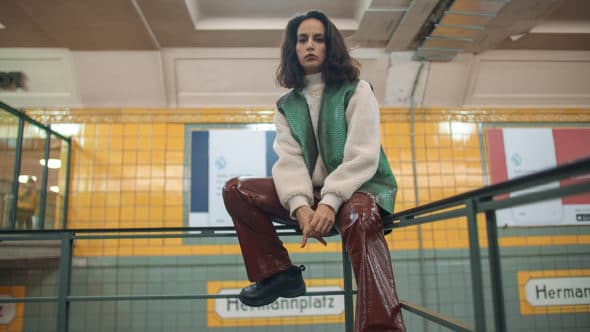 Since the beginning the Wien Museum has been an essential partner of the pop festival. Now, before start of the reconstruction work begins and in the middle of the current street art special exhibition “Take Over”, the museum functions uniquely as the Popfest festival headquarters and at the same time becomes the centre for live experiments with open stages, performances, talks, Q&A’s as well as numerous concerts by singer-songwriters Clara Luzia, Sigrid Horn, Squalloscope, Lucia Leena and ÄNN, advanced pop acts like Lucid Kid, LIONOIR, KEROSIN95, Elis Noa, the DIY punk band Lime Crush, poetry-slammer Mieze Medusa and the quirky entertainers Romantic Slivo and Heinrich Himalaya.

In addition to these concerts, a bubbling chamber of alternative showbiz formats opens up, from the Politically Correct Comedy Club to open-mic and slam stages (Klub Bahö!, Blitzdichtgewitter) to an “aggressive heilmesse” (Embracing Shitstorm). There will also be numerous Q&A stations (“Ask 1 Question”) with musicians, music workers and producers.

FOR THE 10TH EDITION: THE POPFEST BOOK “EIN DEKA POP”

This year the annual discussion panels at the Wien Museum will be in a festive mood, including the presentation of “Ein Deka Pop”, Robert Rotifer’s large anniversary volume published by the Falter publishing house, as well as an on stage discussion on the 25th anniversary of the music information centre mica – music austria. A workshop on special financing possibilities for local musicians and their projects as well as a two-day label and vinyl market round out the programme at the Wien Museum.

AROUND 70 LIVE ACTS ON TEN STAGES

In the wide variety of its 70 act programm, this year’s Popfest is as diverse as never before. From Thursday to Saturday, the Technical University will once again mutate into a pop campus (Prechtlsaal and Kuppelsaal), Club Roxy will open its doors for two hip hop nights with live acts on Friday and Saturday, and selected DJ sets can be heard daily on the terrace of Cafe Heuer. For the Popfest finale on Sunday, the “literary Karlsgarten” next to the Kunsthalle will be transformed into a summer open-air reading stage for the late afternoon, followed by experimental pop sounds inside the baroque Karlskirche at 8 pm.

THE CONCERTS OFF OPEN AIR AND VIENNA MUSEUM AT A GLANCE: