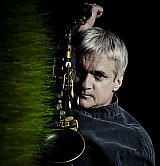 During the week of October 19 – 23 a new generation of Austrian jazz musicians will hit the New York scene. For this year’s installment of the annual series, the Austrian Cultural Forum has found a new partner in Dizzy’s Coca Cola Club. The Festival will showcase Austria’s foremost young artists on five consecutive nights, and tap into a unique blend of Austrian and American creativity.

This year’s Festival kicks off on Tuesday, October 19th at the Austrian Cultural Forum: one of Austria’s leading jazz musicians, Wolfgang Puschnig will perform with his American musical partner and free funk bassist Jamaaladeen Tacuma. Martin Reiter will also present his new solo program. Join us for some late night jazz sessions at exclusive Jazz Club Dizzy’s where Christian Maurer’s band Mausi will appear together with Jack Walrath and versatile alto voice Ali Gaggl on Wednesday, October 20th. On Thursday October 21st, the program at Dizzy’s continues with young jazz singer Simone Kopmajer, who will perform with talented young musicians from New York. The Austrianborn drummer Gernot Bernroider and his band Oulipians will appear together with the extraordinary vocalist
Chanda Rule on Friday the 22nd. The series will conclude with Franz Hackl and his Acoustic Band on Saturday, October 23rd, featuring Kenny Davis and special guest Randy Brecker.

Members of Austria’s hip young jazz scene move freely and fluidly among the multifaceted styles in the world of jazz, always intent on finding and refining their own modes of expression. There is no other city in Europe where opportunities for musicians to mingle with each other are as diverse and spontaneous as in Vienna. The spirit of openness is part of Austria’s musical heritage, as is a joy of connecting with musicians from other countries.