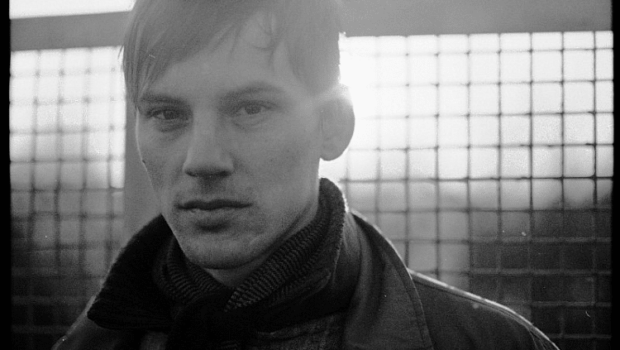 It takes self-confidence to take the music of another artist and put your own stamp on it without losing the original. It is just this kind of confidence that BERNHARD EDER shows on his new (cover-) album “Remake” (Tron Records).
The eleven songs are a kind of roller coaster ride through music history. Here a bit of guitar wielding Oasis, there a little breathy Grace Jones and then a spark of deeply sad Wolfgang Ambros to make the mix perfect. At first glance the songs don’t seem to have much to do with each other since most of the artists published in very different eras. But Eder appears to have found the essence all of these tracks share: melancholy.

Let’s be honest. This album is a sad one. It provides no sparks of hope, good humour or optimism. At its most cheerful it reaches a mild melancholy, as if a few rays of sun broke through on an otherwise grey day. And this isn’t meant to be a negative review. “Remake” is an album that you have to engage with. And that can be difficult, if only because it can be difficult to let yourself be overcome by the strong emotions of the music.

But if one is open to be put in a very melancholy mood, then this record is truly a gem. You really get the feeling that Bernhard Eder has taken a lot of time on each song in order to understand its core and reshape it for his own purposes. Thus, the slightly nervous, slightly irritating “Never Let Me Down” by David Bowie is transformed into a melodic, guitar-driven ballad reminiscent of love songs of the 1960s. Or the straight-up grunge song “Rock’n’Roll Star” by Oasis becomes a ballad, which is actually one of the more cheerful songs of the album.

A JEWEL FULL OF SHADOWS

Every single song on the album has its qualities, but some seem to have attracted Bernhard Eder more than others. “Heite drah i mi ham” from Wolfgang Ambros, “I’m crying (Mother’s Tears)” by Grace Jones and “Daydreaming” by Radiohead particularly stand out. The latter is somewhat similar to the original, although that may be because Bernhard Eder’s voice and singing style are very reminiscent of Thom Yorke. But Eder brings so much depth and gloom to the song that it can deliver its full potential here.

In “I’m crying (Mother’s Tears)” by Grace Jones, he is accompanied by the great vocalist Mira Lu Kovacs. The song is actually carried by the two voices, the instruments seem to fade into the background. It creates a gentle, sheltered, atmosphere behind which – as already mentioned – lies a deep melancholy. And if that melancholy hasn’t emerged clearly enough, it becomes unavoidable on “Heite drah i mi ham” (Today I Kill Myself) by Wolfgang Ambros.

If you only hear a bit of the text, then you realize any hint of happiness is out the window. Or not, if one takes the perspective of the narrator, for whom suicide seems to be the great salvation. Bernhard Eder masters the dialect with flying colors and almost makes it possible to at least understand a little why the protagonist wants to go this route.

“Remake” takes the listener on a trip, with Bernhard Eder and his covered role models standing hand in hand and looking very satisfied. So if you are not afraid of melancholy, book this trip immediately .