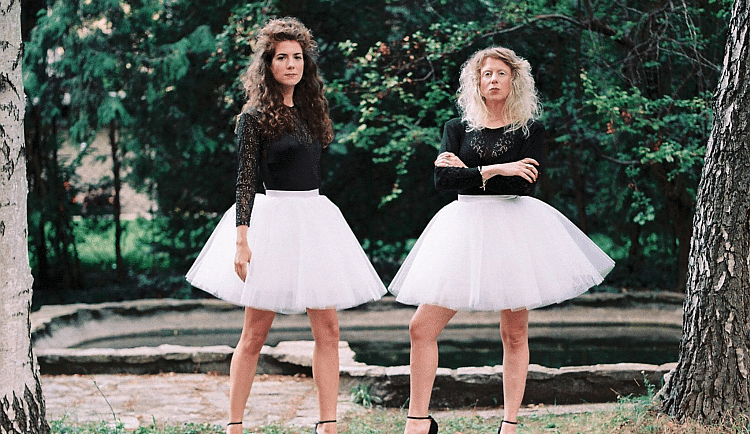 International Women’s Day is a good reason to emphasise the contributions female musicians have made to the Austrian music scene. Here is a small overview that should illustrate something that a lot of people know, but many don’t want to admit. That without the incredibly creative works, self-confident performances and success of female musicians, artists, and composers, the Austrian music scene would not be anywhere near as diverse or of such high quality as it is right now. The artists listed in the following article have already been featured many times and this list is in no way meant to be complete. It is simply an introduction to the reader, and an invitation to explore the female repertoire of the Austrian music scene.

Women, whether as musicians composers, vocalists, or performers, have made immense contributions to the diversity and quality of music here. Even more, they have become true trendsetters, attaining recognition and bringing exciting sounds well beyond the borders of their homeland.

It’s only natural that there were female artists in the past who were successful, found a huge audience, and established themselves as pioneers in their scenes. Electric Indigo is one of those artists who made a name for herself as DJ and label-owner in the 1990’s at a time that the scene was dominated by men. Soap & Skin is a singer-songwriter of the recent past who achieved international recognition years before Wanda and Bilderbuch were selling out concerts and flooding the headlines.

And don’t forget Clara Luzia. She is a successful songwriter and label-owner (Asinella Records) who did her own thing for over a decade and became a role model for a generation of younger Austrian artists.

Christina Stürmer is one of the most internationally successful pop artists of the 2000’s who made her way to fame as the second place winner of a casting show and guaranteed her a place in the hearts of German music fans.

In contemporary music Olga Neuwirth managed to have her compositions performed by the most respected ensembles and concert halls across the planet. And what would Austrian idiomatic pop be without Birgit Denk? When no one else wanted to hear it anymore she continued the tradition on her own, paving the way for it’s recent rebirth.

POP AND ROCK – WOMEN AT THE TOP

While in the past it was mostly a few lone women making their stamp on the Austrian music scene, now female artists can be found in every conceivable genre. Whether pop, rock, electronic, jazz or world music, the influence of women is impossible to ignore.

The Austrian pop scene is more lively and varied today then ever before. There is Mira Lu Kovacs whose band Schmieds Puls has produced two amazing and critically acclaimed albums. Over the course of just a couple of years her band has been able to make an international name for themselves. Or Medina Rekic. She is one half of the rock band White Miles that has been touring the entire world with international stars like Courtney Love and Eagles of Death Metal.

As part of the formation HVOB, Anna Müller has been getting attention on the international electronic club scene. And when listing off the names of Austrian acts that grab attention wherever they go, Fijuka belongs at the top. Ankathie Koi and Judith Filimónova haven’t just impressed with their collaborative work, but have also both begun successful solo careers.

Even more well known and internationally successful would have to be Sophie Lindinger with Leyya and Giovanna Fartacek with Mynth. A rather individualistic and somewhat other pop design has been successfully cultivated by the Viennese musician and this years Popfest curator Ana Threat. In the meantime many other artists are just waiting in the wings for their time in the spotlight, including Avec, Mavi Phoenix, Soja, and Yasmo who have all been able to make names for themselves beyond their home field of the FM4 radio universe.

The list could go on and on. Names like Gustav, Lylit, Mimu Merz, Mary Broadcast, Kidcat Lo-Fi, Zoe, Mika Vember, Clara Moto, Agnes Milewski, Irmie Vesselsky, Susana Sawoff & Resisters, Bella Wagner, Clara Blume, Barbara Wiesinger and Laura Pudelek (both in DAWA), Meena Cryle, Fräulein Hona, Lucia Lena, Eloui, Paenda and so many others can all be counted to the women who have made an impact from Vorarlberg to Vienna.

JAZZ IS NO LONGER A MEN’S CLUB

But it is not just pop: Women in jazz have long since stepped out of the shadows of their male colleagues. Although it was just a few years ago that the position of side woman in a formation was the highest of possible achievements, now women have more than successfully established themselves as bandleaders as well. The pianist Julia Siedl counts as a true talent on the old black and whites. She has enriched the music of countless bands and ensembles with her sensitive yet impulsive playing. With the formation of her self named trio she has now catapulted herself to the top of the Austrian Jazz scene.

Another name that can’t be avoided when talking about Austrian jazz is Gina Schwarz. A bassist from Lower Austria whose career development mirrored that of Julia Seidl. First as a much sought after session musician, she has now taken the center stage with her own projects.

One musician whose exceptional musical independence and skills was obvious from an early stage is the saxophonist Viola Falb. Her projects and releases have been a source of amazement from the very beginning. Another who also managed to acquire a reputation from a very young age is the multi-award winning pianist, vocalist and composer Angela Tröndle. The musician from Salzburg has been able to excite audiences with a variety or formations including MOSAIK, The little Band from Gingerland, and most recently as part of a duo with Pippo Corvino.

ChuffDRONE is a five headed jazz collective that has also been making a splash. But Chrissi Pfeifer, Lisa Hofmaninger, Judith Ferstl, Judith Schwarz and the pianist Hubert Gredler aren’t just content to play together, they are all involved with many other musical projects.

The violinist and electronic musician Mia Zabelka has been exporting the sound of freedom and musical experimentation for many years now by.  A musician for whom stylistic borders have no meaning and who can  move freely in a variety of musical situations is the Slovenian born and Vienna based Maja Osojnik. Yet another path was taken by Marina Zettl. After years of jazz she discovered old-school swing and has been making a name with her formation Marina & The Kats. Freewheeling and inimitable vocal styling are celebrated by Agnes Heginger and Agnes Hvizdalek.

In world music, as in the rest of the music scenes in Austria, women are also finding their success. The group ALMA have broken out onto the international scene. Julia und Marlene Lacherstorfer, Evelyn Mair, Marie-Theres Stickler and Matteo Haitzmann have taken their folk music across the German speaking borders and beyond. They have been filling concert houses and winning awards, most recently receiving the German World Music award RUTH as part of the Rudolfstadt Festival.

Perhaps the busiest artist of the Austrian scene is Jelena Popržan. She is not just working on her duo Catch-Pop String-Strong with Rina Kaçinari, but also her band Madame Baheux (together with Ljubinka Jokić, Lina Neuner and Maria Petrova) as well as countless other projects.

Tini Trampler (The Playbackdolls, Das Dreckige Orchester) has developed her very own sound somewhere between global, pop and chanson. The alpine sound, on the other hand has been successfully combined with urban in the works of singer and violinist Maria Craffonara and her group Donauwellenreiter.  Angelika Steinbach-Ditsch and her formation DieSteinbach are building bridges between traditional, modern, and folk.

Another exciting approach is being taken by the Iranian born artist Mona Matbou Riahi (Narrante) and Golnar Shahyar (Sormeh, Sehrang). Their projects throw open the doors to a Persian music tradition in a variety of ways. Franziska Hatz and her Großmütterchen Hatz Salon Orkestar have been winning the hearts of their audiences with a passionate and explosive mix of world music traditions, alpine folk, klezmer and jazz.

New music has also seen a rapidly increasing number of female composers. While a mere 9,3% of composers over 50 are women, 28,6% of those under 50 are. The number of women studying composition has averaged out to 36.3% since 2000. In that time, the lowest rate was at 23.3% in 20014, while the highest was at 47.9% in 2009. The decreasing male dominance in composing can also be illustrated with a long list of internationally acclaimed female composers from Austria. The following list is in no way complete:

Olga Neuwirth’s works have been performed in (among other places) Los Angeles, New York, London, Paris, Donaueschingen and Tokio. Her musical theatre projects Opern Bählamms Fest, Lost Highway, THE OUTCAST, American Lulu and Kloing! and A songplay in 9 fits (Hommage à Klaus Nomi) were premiered in Paris, Wien and Graz. Her works are impossible to summarize in a few short words, but feature a quite obvious appreciation of film music, the surreal, Klaus Nomi, and a humorous approach to serious music.

Eva Reiter is a successful composer and interpreter. She has played and been played in Stuttgart, Antwerpen, Brüssel, Berlin, Lille and many other cities. She experiments in an auditory grey area between electronic music and extended techniques.

Manuela Kerer´s works have been performed in Rom, New York, Hamburg and Munich. To make her audiences comfortable with the unknown, she likes to combine it with the familiar, in order to explore unfamiliar realms.

Joana Wozny has been played in Witten, Warsaw, Berlin, Cologne, Stuttgart and other cities. Stringent musical considerations result in works marked by finely chiseled tones on the very edge of audibility that develop a concentrated energy bound by the “impossibility of realisation”.

It is apparent that the number of successful female composers has changed dramatically. A trend that is less apparent in academia. There are no women teaching composition at the Kunstuniversität Graz or Mozarteum. At the University for Music and Performing Arts in Vienna only 2 of the 12 professors  at the Institut für Komposition, Elektroaktustik und TonmeisterInnen are female. Gesine Schröder has been teaching music theory since 2012 and Iris ter Schiphorst has been teaching composing since 2015.