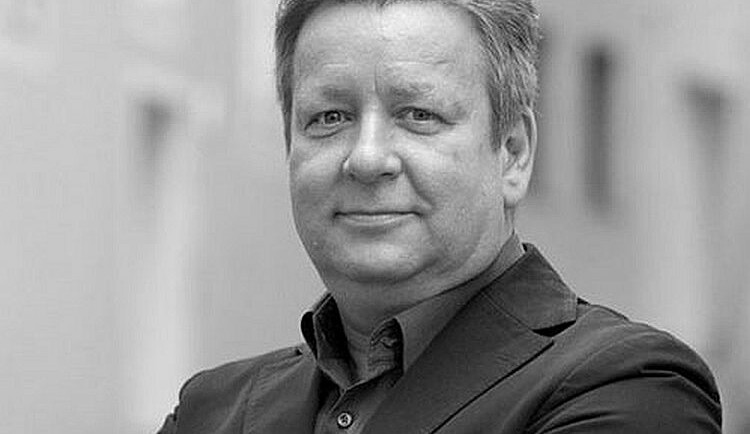 On Wednesday, 1 June, the Salzburg Mozarteum Orchestra opened ASPEKTE SALZBURG 2016 with “Reflections / Reflets” by Tristan Murail. Philip Röggla spoke with Ludwig Nussbichler, the artistic director of the festival, about tradition and renewal, tradition and creative will.

Mr. Nussbichler, ASPEKTE SALZBURG celebrated the 40th year of its existence since its founding in 1977. You know the festival since your student days and have taken over the artistic direction in 2006. How has your image of ASPEKTE changed since then?

Ludwig Nussbichler: I have been intensely aware of the Aspekte since 1989 and the beginning of my composition studies in Salzburg. For me, the festival was one of the few ways to get to know new music. There were one or two excursions to Vienna for concerts at the Konzerthaus, but that was about it. Today, over the Internet, it is possible to get informed, listen to performances, and even see scores. Anyway I owe thanks to Aspekte for first performances of ensemble pieces by Oswald Sallaberger, who then headed the New Music Ensemble of the University Mozarteum. For us students it was a great experience, to be performed in the same context as masters like Anton Webern or Isang Yun. There were even live recordings by the ORF. The program was a great opportunity to admire and discuss.

In 1991 John Cage was composer in residence at Aspekte. I can still remember the concert, in which the pianist Grete Sultan (who would now be 110!) seemed a little lost as she looked for the piano on the stage before they interpreted the Etudes Australes by John Cage from oversized sheets of music. The composer was sitting, still as stone, a few feet away from me during the whole piece as people gradually left the concert hall shaking their heads. Only a few heard the three-hour piece to the end. I don’t want to over-intellecutalize the music, but for me it was a completely new listening experience, torn between rejection and fascination, for me it was a special encounter with time and its perception.

The Aspekte was therefore a place where I could experience new music of different styles and even personally meet some really great composers, including Mauricio Kagel (1989 and 1998), Iannis Xenakis (1982), Alexander Knaifel (1983), Brian Ferneyhough (1996) Giya Kancheli (2000), Sofia Gubaidulina (2010), and Robert Moran (2014). Friedrich Cerha attended the festival several times, and pieces by him were also performed, even premieres. The desire for the new, for new playing techniques and new works was an incredibly driving force for the musicians, who developed the new texts. Names like Andor Losonczy, Oswald Sallaberger, Kai Röhrig, Frank Stadler and Ferenc Tornai are just some of the many musicians with fascinating pioneering spirit. This energy was palpable.

The focus is in fact often on the established masters or young hopefuls. But frequently forgotten are the composers in-between.

This year, with the French composer Tristan Murail, a doyen is in the spotlight. Musique spectrale, the style he helped form, is as roughly as old as the Aspekte Salzburg. How do you position yourself between canonization and the craze for premieres?

Ludwig Nussbichler: For the composers, the musicians and the audience both are important, the balance must be right. For me, premieres are an expression of a vibrant and exciting music production, they show how composers think in the here and now. Repeat performances confirm a work, in a sense, although in most cases they will be presented to an audience for whom the piece represents a new listening experience – The only thing I find problematic is the process of composing for a concrete date. The burden involved, the time and the pressure to succeed, can’t really be good for the composers and the creative process. Increasingly, already finished but unpublished works are offered for premieres. Which is, in my view, a prudent approach.

We can’t generally speak about a “premiere craze” in Austria, in my opinion, because there is still much headroom when it comes to the actual music productions. The focus is in fact often on the established masters or young hopefuls. But frequently forgotten are the composers in-between. For me all stages of a composer’s life are interesting. From the young eight-year composition student until 90 year old master. Music is an expression of different and personal perspectives, experiences and socio-political settings, and is therefore directly related to our lives. So Tristan Murail who in 1978 performed a single piece and with the ensemble L’Itinéraire and in 1981 performed a work by Edgar Varèse (he played Ondes Martenot). Now, 35 years later, he is our composer in residence – a nice bookend, I think.

With exxj (Ensemble XX. Century), the oenm. Austrian Ensemble for New Music, the ICE (International Contemporary Ensemble New York) and the Ensemble L’Itinéraire you have won four reputable ensembles for the festival. What do these ensembles and their home cities mean for the festival?

Ludwig Nussbichler: A festival program sends a signal. So does the selection of music and ensembles. The oenm. austrian ensemble for new music is closely related to the festival and will play an important role in Aspekte in the future. The festival originally emerged from the ensemble, we are connected by several decades of cooperation.
The exxj stands for the ensembles that, although not as well known in Salzburg, but are known in Austria, mainly in Vienna, for interpreting new music at a high level. There are still some ensembles from Austria, who will play important roles in future Aspekte Festivals. I invited the ensembles ICE and L’Itinéraire to be representative of the international orientation, whereby, for the Aspekte 2016, the connection with Paris and New York was to be expressed through this fusion.

What connects Aspekte with Paris and New York?

Ludwig Nussbichler: Klaus Ager, who has led the festival led for 30 years, invited musicians and composers to Salzburg after studying in Paris. The ensemble L’Itinéraire played an important role, and Tristan Murail was with. This connection was reactivated when Tristan Murail begin teaching at the University Mozarteum in recent years. The two composers are especially by their common teacher, Olivier Messiaen.

The close friendship between Klaus Ager and Joel Sachs was sort of the starting point of the connection with New York and the Juilliard School. The conductor was a major figure of New Music in New York and was a part of Aspekte several times. The main representative of the American metropolis was John Cage. Not only with his visit to Salzburg, but no other composer has had as many works performed at Aspekte.

How important is music education for Aspekte Salzburg? Is this a side effect, or is it an integral part of the festival?

Ludwig Nussbichler: Music education is generally a central objective of the festival. Each of our concert programs is created to be a special listening experience for an audience with an open mind and ears.

I introduced music education for children and young people in 2008 and it quickly became clear that the motivation and support of young composers and musicians should become a focus of our efforts. Hence the Aspekte special prize at Prima la Musica Salzburg and a long-standing and successful cooperation with the OeKB (Austrian Composers Society) and the Musik der Jugend. The educational work is held annually as opposed to the festival. In accordance with the importance of educational work is the concert Spielräume a main program point rather than an additional offering.

What is the future of the festival? What are your visions and what challenges do you see? What does Aspekte stand for, what makes it special?

Ludwig Nussbichler: I see a great opportunity for the future of Aspekte in the way programs are created and curated. I believe that, particularly in the new music, young musicians and composers should take part in the development. I see my task in the development of higher-level ideas, the connecting lines, the choice of performers and the creative development of programs through discourse with the musicians. I would also like to offer concert formats that atmospherically support the listening experience. For example, the three pianists who I invited for Au Poisson rouge, got great freedom in the choice of works – although I had some wishes, and wanted a connection with the festival theme, but the result was three individually very different and coherent programs. Diversity is a great strength of new music, I would accordingly like to make room for a variety of qualities.

Originally, Aspekte was an initiative of a group around Klaus Ager, who wanted to actively promote new music. In any case, the future should again increasingly belong to the young performers and composers.

About Ludwig Nussbichler:
Ludwig Nussbichler is a composer who lives and works in Salzburg. His teaching at Musikum Salzburg includes the subjects composition and music theory, at the University Mozarteum he teaches improvisation and composition. In 1997 he was appointed to the position of municipal music school director. His work is shaped by the Viennese School and influences from the French tradition.