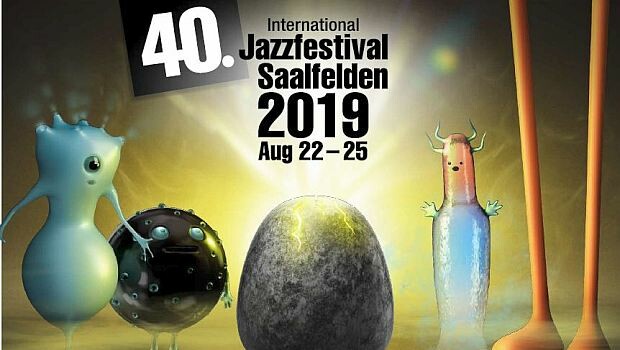 The main stage is the heart of the festival and the majority of performances takes place here, but there is so much more to discover. The festival will open on Thursday with concerts at the Citystage at the town square. The series “Short Cuts” takes place at Kunsthaus Nexus. The venue hosts smaller groups as well as improvisational and experimental projects, making it an absolute must for serious jazz fans. “City Tracks” includes two projects of the Artist in Residence program, whereas the famous “Alpconcerts” around Saalfelden take place at three different alpine pastures where one can find jazz music combined with marvellous panoramic views into the valley.

17:00 Maja Osojnik: „You need me! Who else will you blame when I am gone.”, District Court
An old courthouse seems to be the perfect setting for a sound installation performed concertante and dedicated to the essential themes of “love, life, death and the communication that goes on in the interstices.” On Friday at 5pm, Maja Osojnik will set up the three-day installation in a performance. The artist will subsequently return to Open Space to modify light and sound settings in short performances.

19:00 Manu Mayr (bass)  / Susanna Gartmayer (bass clarinet), Main Stage Congress Center
“The smaller the lineup, the more exciting the performance,” says bassist and composer Manu Mayr. Therefore, it seems only logical that Mayr breaks the unwritten law that the opening act at the festival includes a big lineup of musicians. Together with bass clarinetist Susanna Gartmayer, he faces the enormous challenge of performing an intimate composition situated “between clear structure and great freedom” on the big stage of the Congress building.

21:00 Lylit, Nexus+
Lylit is back! The singer-songwriter’s voice rings out loud and clear not only because of its virtuoso qualities but also because of its inward-looking vulnerability. At live concerts, listeners are in for an intense experience that makes them forget the hustle and bustle of everyday life.
With: Lylit – voice, keys / Benny Omerzell – keys / Chris Neuschmid – guitar, bass, sampler / Andreas Lettner – drums, vocals / Anja Obermayer – vocals / Ricarda Oberneder – vocals

19:30 Golnar & Mahan (Iran / Austria), Short Cuts
Traditional doesn’t always have to sound old-fashioned or dusty. Golnar & Mahan proof that it can also be different. They dress the supposedly old in exciting modern garb and fill it with new life. In the music of Golnar Shahyar (vocals, guitar), Mahan Mirarab (fretless guitar, oud) and Amir Wahba (percussion), the traditional sounds of their homeland, Iran, are combined with western contemporary music, forming a universal language that draws its vocabulary from the music of the Middle East, jazz, folklore singer-songwriting and African rhythms.  It is a music that develops an unbelievably warm and pulsing vibe of its own.
With: Golnar Shahyar – voice, guitar, keys / Mahan Mirarab – guitar, fretless guitar / Amir Wahba – percussion

21:00 Buntspecht (Austria), Nexus+
Buntspecht’s concerts can aptly be described as a musical stroke of luck. Neither head, belly, nor feet can escape the rousing energy of this young band from Vienna. Blending gypsy swing with indie pop and Viennese folk music, theirs is a music that celebrates life in all of its forms — the melancholic moments as well as the ecstatic ones.
With: Lukas Klein – vocals, guitar, piano / Florentin Scheicher – melodica, trumpet, vocals / Roman Gessler – saxophones, flute / Jakob Lang – bass, vocals / Lukas Chytka – cello / Florian Röthel – drums, percussion

23:59 „ZSAMM“, Nexus+
On her solo album Let them Grow, Maja Osojnik thematized the search for the song, “which in the end is never fixed, but always improvised.” Together with drummer Patrick Wurzwallner, she explores the power of newly arranged old songs this year. In the process, Osojnik focuses on the strange: dirty, lustful, and disturbing sound—phenomena of contemporary relationships.
With: Maja Osojnik – vocals, live sampling, dj-cd player and other lo-fi electronics / Patrick Wurzwallner – drums / Christina Bauer – sound engineering