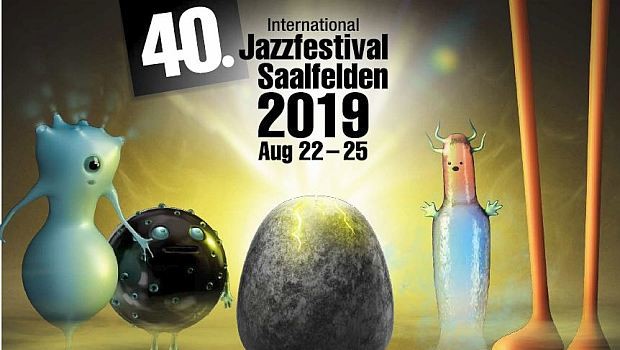 Each year the International Jazzfestival Saalfelden shouts out loud for an annual gathering of music professionals and jazz lovers from all around the globe. This year the well established festival celebrates its 40th anniversary. The 40th International Jazzfestival Saalfelden is taking place from August 22 to 25, 2019. Austrian Music Export will bring event organizers from all over Europe to Saalfelden, turning the spotlight on the local jazz scene.

40th anniversary: building a bridge to the future

On the occasion of its 40th anniversary, the Saalfelden mega-event is getting a revamp as several performance spaces are being added and the number of concerts is also increasing to more than 50. On the town square, a festival center with a novel culinary concept is being built. Additionally, the renowned Rahofer public relations agency has revised the festival’s entire publicity campaign.

Artistic director Mario Steidl describes the reasons for launching an “artist-in-residence” programme as follows: “There are so many outstanding artists whose projects call for smaller, more intimate spaces. I also wanted to create a new framework for artists to engage in spontaneous musical exchanges.”

The 2019 artists-in-residence – singer, flutist, and composer Maja Osojnik and percussionist Lukas König – will showcase several projects in the Fuchs bookbinding shop and in an unoccupied building that formerly housed the district court. Additional concerts will take place in a bookstore and at the Ritzen Castle Museum. Performance spaces on the surrounding alpine pastures will also offer surprises such as full-day hiking tour concerts with Austrian artists. Within the scope of the “Nexus+” series, the number of free concerts at Kunsthaus Nexus will also increase. For three days, a park in the center of Saalfelden will serve as a verdant musical meeting place.

It is a time-honored tradition for the artistic management to commission an Austrian musician with opening the festival. This year, the young Viennese bassist Manu Mayr has received this distinction. He will perform with experimental improvisation artist Susanna Gartmayer. While Christian Muthspiel will perform with the the 18-member Orjazztra Vienna expressly founded for this year’s festival, Austrian multi-talent Daniel Riegler will present a brand new project with New York keyboardist and composer Anthony Coleman.