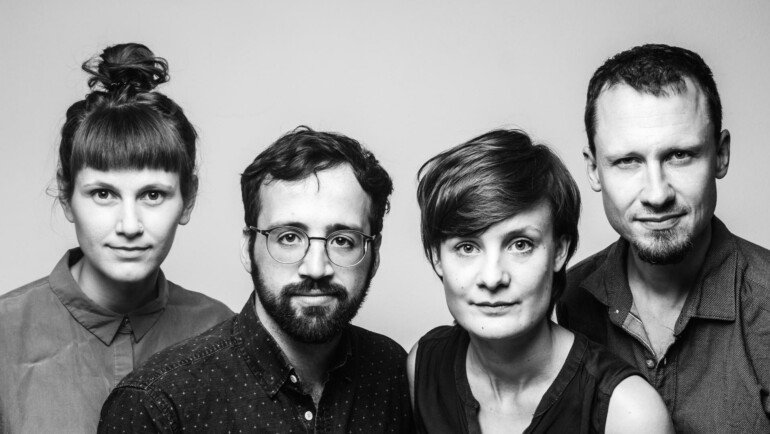 5 MILLION PESOS is a monthly concert series presented by ORF RadioKulturhaus and the radio Ö1 jazz department. Every month, one up-and-coming jazz act is selected to be highlighted on air and live at the Vienna RadioCafe.

The Viennese quartet June in October stands for intricate, sensitive chamber pop, in which the jazz background of the musicians always comes through. The double bass player Judith Ferstl, who has been well-known in the Austrian jazz scene for years in bands such as chuffDRONE and Christian Muthspiel’s Orjazztra Vienna, is the band leader, composer and – along with Lucia Leena – one of the two singers in the string-heavy ensemble, which is completed by Florian Sighartner (violin) and Carles Muñoz Camarero (cello).

The debut CD, “My Feet On Solid Ground”, released in 2021, contains texts by Fernando Pessoa, E. E. Cummings and Judith Ferstl, herself. And she reveals in the commentary on the piece “Oktoberjuni” how the band name “June in October” came about: “Finding comfort in the memory of a summer solstice night on a cold October day in Latvia”.

In cooperation with the Ö1 jazz department.