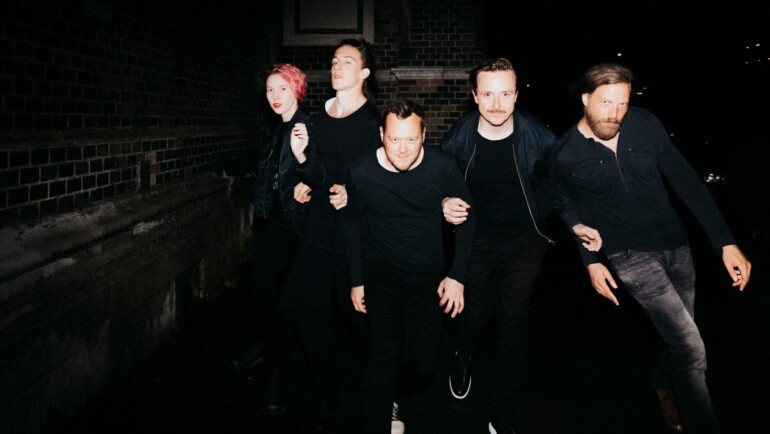 Avantgarde-pop formation 5K HD are one out of eight acts to win the Music Moves Europe Talent Award 2020!

All winners were revealed during a vibrant award ceremony hosted by the glamorous Austrian singer Tom Neuwirth aka Conchita WURST in the Stadsschouwburg of Groningen, the Netherlands. After the festive celebration of the awards, the public had the opportunity to discover these emerging talents live as each nominee performed as a part of the ESNS (Eurosonic Noorderslag) showcase programme in Groningen.

Following acts have been awarded:

The supergroup 5K HD consists of the jazz band Kompost 3 (Martin Eberle, Benny Omerzell, Manu Mayr, Andreas Lettner) and singer Mira Lu Kovacs of Schmieds Puls. Together they are exploring the zone between catchy popsongs, visionary jazz and sound experiment. The resulting sound is poetic and melodramatic at the same time, while not lacking fine nuances. In September 2019 their second album “High Performer” (fiveK Records) was released.

Update: Just a few days after the MMETA ceremony, the Austrian Association of Independent Labels, Music Publishers and Producers (VTMÖ) announced the nomination of 5K HD for the “European Album Of The Year 2019”, awarded by Impala – Independent Music Companies Association. 5K HD are nominated with their album “High Performer”, which was released in September 2019 via fiveK Records/Ink Music.

The Music Moves Europe Talent Awards are the new European Union Prize for popular and contemporary music, celebrating emerging artists who represent the European sound of today and tomorrow. An expert jury selected eight winners out of sixteen nominees, while fans across the world voted for the Public Choice Winner. The Music Moves Europe Talent Awards are a partner of European Music Exporters Exchange (EMEE).