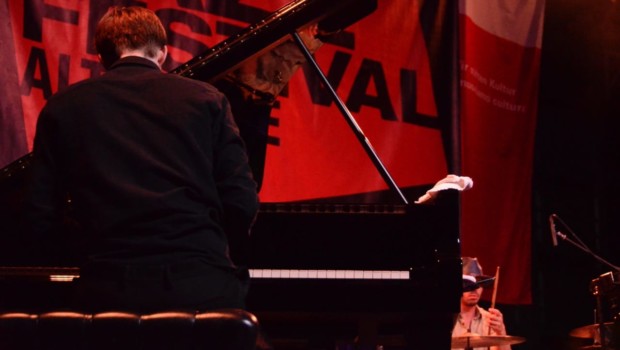 2016 is slowly coming to an end. A year that has been a hard one for music fans as well as for those who support the idea of international openness and cooperation. But it has also been a year of contrasts, and the international spirit of music has played an important role in helping some of us stay as optimistic as possible.

For me that optimism came through visiting music festivals. They aren’t just an opportunity to enjoy great music from around the world, but to meet fans and musicians from different walks of life and cultures.

The festival season is an intense time for musicians, fans, and journalists. As a longtime music fan, ex-musician, and working music journalist, it is almost impossible to come out of it without a huge collection of special moments and cherished memories.

After fifteen years of regular festival reporting, I have to say that this one was different. It wasn’t just the typical mix of standard shows and occasional discoveries. This summer I not only cast off some of the career cynicism, but rediscovered a very old love thanks to some incredibly empathetic musicians.

IT’S ONLY ROCK N ROLL (BUT I LIKE IT)

Working with the music business can be a bit like walking through a haunted house in the day-time. Daylight and familiarity strip away the mystery, leaving nothing more than cheap paint and lots of dust. A look behind the scenes can destroy the electrifying sense of raw experience that the first couple of shows provided.

But every now and then a band comes to my attention that makes it all seem fresh again. Musicians that aren’t just talented but have an attitude and energy that is contagious. Musicians like Medina and Lofi from White Miles.

After a year spent on the road touring with Courtney Love and Eagles of Death Metal, they came home to Austria and played an early afternoon show at Nova Rock. What could have been a disappointing start-time ended up in a sweaty mass of dancing bodies. And two very happy performers.

The sheer joy they shared with me in the interview after their gig was contagious. And it turned a jaded old journalist into a dedicated fan. They aren’t the only Austrian rock band to have caught my attention this year. But their music and their passion moved me in a way I haven’t been moved in ages.

If you haven’t had a chance to enjoy them live you might want to check them out while they are doing a mini tour. This weekend they will be celebrating their fifth anniversary in France, and will spend some more time on the road including dates in Great Britain and Germany.

BUILDING BRIDGES ONE NOTE AT A TIME

There is no denying it, 2016 has been a rough year. And not just for music fans. Political headlines even managed to find their way into the opening speeches of international music festivals.

At the Jazz Festival Alto Adige in Bozen Italy, one subject was on everyones minds. Well, one subject other than Jazz. Brexit.  It probably isn’t too surprising that an international Audience found Britain’s decision to leave the EU a bit shocking. But on the very day the results were announced, a group of musicians were providing an example of what international cooperation has to offer.

Klaus Widmann is the mastermind behind the festival. A man who didn’t just have a clever idea that he has successfully produced for 30 years. He is also a man with a vision and an ability to inspire the people he works with.

There was a time when I was fascinated with Jazz. Primarily Be-Bop. But then I got older, discovered punk, and lost my way. I found it again in the mountains of South Tyrol thanks to one of the greatest short term projects I have ever seen. And it happened at just the right time, in just the right place.

The festival is an amazing collection of talented musicians and breathtaking locations and scenery. It is the kind of event that makes it easy to believe in the value of international cooperation. Reality might have been hard this year, but projects like this festival highlight the reasons it is important to keep the dream alive.

For those of you who weren’t lucky enough to experience this incredible collection of musicians and beautiful locations, there is at least a chance to hear and see what you might have missed. A wonderful little YouTube channel featuring highlights from the festival and complete songs from the concerts.