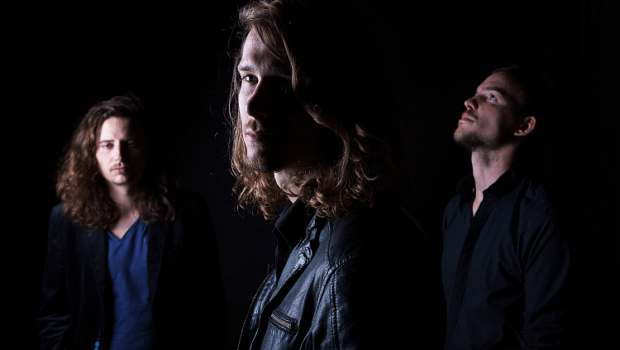 MOTHER’S CAKE are most definitely a band to watch in 2017. Despite their prog-rock roots, “No Rhyme No Reason” from the trio from Innsbruck is as accessible as many pop acts wish they could be. Nevertheless they stay true to their love of detail and have created a very convincing release.

Yves Krismer (vocals, guitar), Benedikt Trenkwalder (bass) und Jan Haussels (drums) have been stirring things up as Mother’s Cake since 2008. And now they have started to take that trouble abroad as well. A band from the mountain town of Innsbruck opening up for rock legends like the Deftones, Iggy Pop or Wolfmother? It’s probably lead singer Yves Krismer’s fault. Because he just doesn’t sound like he comes from Innsbruck. If he had claimed to come from Birmingham or spent too much time on Sunset Boulevard, no one would bat an eye. A voice with international qualities that can shake your bones and get under your skin. A voice that is the perfect accompaniment for the band´s stylistically diverse collection of songs.

THE FREEDOM OF THE TRIO

The first two albums Creation’s Finest“ (2012) and „Love The Filth“ (2015) were released on the Austrian Panta R&E label and featured the bands detailed progressive and psychedelic rock jams. When it was time to stick to the line and accelerate, they pulled out some high quality stoner rock riffs. Liveliness embodied through a love of detail was their top priority. Performing as a trio gave the bass from Benedikt Trenkwalder noticeably more room to breathe than similar bands with more members. No less noticeable, from publicity as well as sound, was the presence of the Mars Volta keyboarder Ikey Owens on their debut album. Slapped bass lines that could get a funk fan moving, a guitarist who could navigate his effect pedals in the best retro style and an off-the wall scene icon on the keyboards was a guaranteed sub-culture success. The dot on the proverbial “i” was provided by the previously mentioned vocals, which opened up Mother’s Cake to the more discerning members of the mainstream audience.

NO RHYME, NO REASON, NEW FANS

When it comes to songwriting, Mother’s Cake have taken a massive step forward with the tracks on the upcoming release “No Rhyme no Reason” (Membran). Songs like the title track or the video single “The Killer” bore straight into your ear with enough energy to trigger that certain rock n roll feeling in the listener. It is easy to envision future audiences singing along with songs like “Enemy”, and it is easy to imagine these audiences filling sold out stadiums.

For 2017 they already have plans for tours in Australia and Europe, and it is hard not to imagine an international expansion of their fan base. But their next wave of new fans is going to come from the famous Eurosonic Noorderslag Festival in the Netherlands in January. That is where the international music industry will have a chance to see them play. And after Mother’s Cake pull of one of their intoxicating live shows, they will have laid the foundation for even more tours and new fans.

Sebastian J. Götzendorfer (adapted from the German by Dave Dempsey)