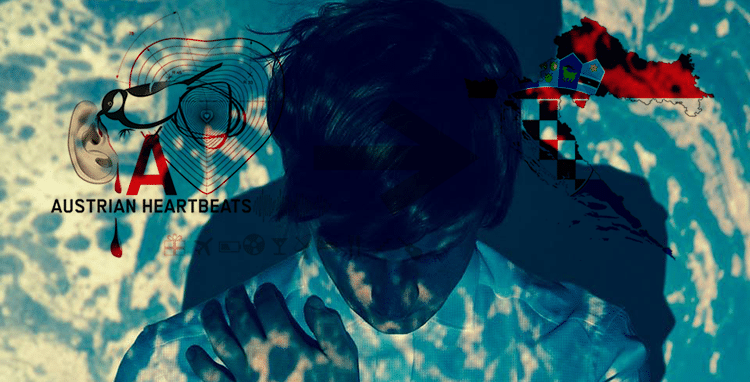 Farewell Dear Ghost is a project founded by the young Styrian singer/songwriter Philipp Szalay in 2010. It took a few years until Philipp Szalay decided to release his debut album, but the wait was worth the while. The album named “We Colour The Night” was released November 15, 2013, and the single “Fire” immediately hit No. 1 on the Austrian FM4 radio charts and was ranked by the FM4 music department as the 9th best single of the Top 100 in 2013. In 2014 Farewell Dear Ghost was nominated for the Austrian Amadeus Music Awards.

“We Colour The Night is a stroke of genius, a warm, hugging album for the misty autumn time.”
(Andreas Gstettner, FM4).

“We Colour The Night” is a ten-part oeuvre that is very unusual in its sound and character. Our world has become bitterly cold, gray, gloomy and cynical. It is mercilessly dominated by the word “crisis” and we try to get through it with sad rants, whining recriminations – and even more cynicism.

Philipp Szalay, however, has the courage to hope. Certainly, he relies on well dosed pathos and grand gestures, but also on emotional dignity and above all: his distinctive timbre.

In times of collective confusion and numbness, you hardly realize how much you missed those qualities in the elaborate plastic pop of recent years. That hope, that is sometimes insanely naive and yet vitally beautiful, is already conveyed in the album title: “We Colour The Night”. In ten songs the title character is carried away by self-doubt and the eternal questions, but simultaneously finds the courage to tackle all of these obstacles. “I’ll keep my heartbeat from fading out” is sung in the track “Fade Out”. The songs are about spirits and demons that are summoned upon us, only to finally overcome them in next moment: “Dance away the fear” (“Fire”).

In the summer of 2014 the track “Cool Blood” caused quite a stir – blogs from Canada to Japan took notice of Farewell Dear Ghost and as a result an American label snatched the licensing rights for the album release in North America.

Overall things have turned out pretty well for Farewell Dear Ghost, starting as a relatively unknown artist, and now becoming one of the country’s most popular acts. Highlights include support shows for The Naked and Famous, Scott Matthew, Ezra Furman & The Harpoons , and Teenage Fanclub, as well as gigs at Waves Vienna and Popfest Vienna.