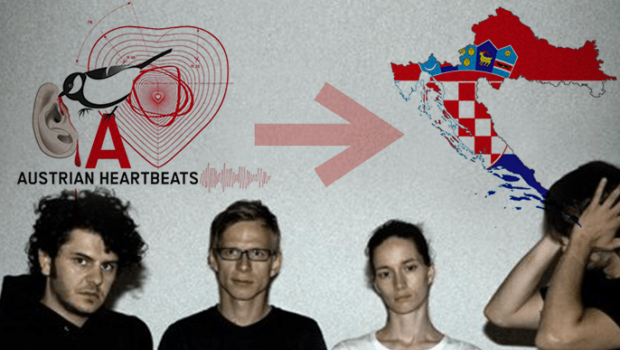 Through density and clarity, tranquillity and noise – Hella Comet manage to meander between the extremes of rock music. Their new full – length album „Wild Honey“ is the most recent example of their blend of styles and aesthetics. It’s danceable, but brings a certain heaviness to the table without rubbing elbows with rock & roll machismo. It is not entirely about sound experiments – there is a sincere approach to songwriting that ties this album together. Their dense wall of sound is built on a mellow undercurrent that exudes serenity, excitement, fragility and rigor.

To put it in pop historical terms: take the essence of 60’s bands in the vein of the Velvet Underground and the Stones and place it in a contemporary, retro-free, yet not naive and undistinguished context. This is rock music that embraces noise just as much as tasteful pop. Lea Sonnek’s vocals move from exhaustion to ecstasy, post-punk meets shoegaze – and none of these elements ever phase each other out, they merely work together to form a cohesive whole. Hella Comet pile up force and fragility in a way that adds to their overall sound and makes „Wild Honey“ their most liberated and direct effort to date . This is rock of the postmodern age and stands atop a giant pile of music history with a cheeky grin on their face.