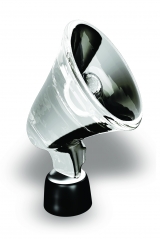 The nominees for the 12th Amadeus Austrian Music Awards have been announced. This kicks off the start of the race for the coveted trophy. The ceremony of the Austrian Music Awards will take place on Tuesday, the 1st of May 2012 at the Viennese Volkstheater and broadcasted on TV by PULS 4 at prime time. With awards in eight genre categories and five general categories, the Amadeus is able to present a broad spectrum of creative work in the local music scene.

Hannes Eder, president of IFPI Austria – the Association of the Austrian Music Industry:
“Our decision to set the focus of the Amadeus Awards on homegrown Austrian music has proven to be correct. 50 nominated artists from various genres and more than 20 involved labels reflect the prosperous Austrian music scene. Thus, the Amadeus gains in originality and autonomy, and provides an important presentation platform for local music.”

Markus Breitenecker, Managing Director of PULS 4:
“For the 4th anniversary of PULS 4 we will broadcast the Amadeus Austrian Music Awards for the fourth time at late-prime-time! Supporting local musicians is dear to our hearts and we are proud to be a partner of this important Austrian music award and to be able to offer the broadcast both on TV and on our online platform.”

The Amadeus jury is divided into eight genres juries. The respective bestseller of each genre is nominated for the award. The other four nominees per genre were determined by the genre jury members.

For the genre-spanning general awards ‘Best Album’, ‘Best Song’ and ‘Best Live Act’, every genre specialist nominated his personal top 3 albums, songs and/or live acts. The five most frequently mentioned of all genres result in the five nominees. The winner of the award ‘Lifetime Achievement’ will be selected by the event organizer, the FM4 award will be chosen by radio FM4 and its listeners.

It is up to the music fans to vote for their favorite artists. The voting tool is available on www.amadeusawards.at/voting. The online community can decide on the winners of the Amadeus Austrian Music Awards! Voting is possible until the 1st of April 2012, any user with a valid e-mail address can cast his or her vote once a week. The winners will be announced at the award show on the 1st of May 2012.

About the Amadeus Austrian Music Awards:
After a launch party in 2000, the Amadeus established itself within a short time as one of the top events in the Austrian music scene. Performances by national and international top artists, Amadeus winners, prominent presenters and the “who is who” of the music and media scene have made the Amadeus an attractive show event. On the occasion of the tenth award in 2009, the Amadeus Austrian Music Awards has been subjected to a thorough reform. Austrian music, genre diversity, web 2.0 interaction and public voting have ever since been put in the foreground.