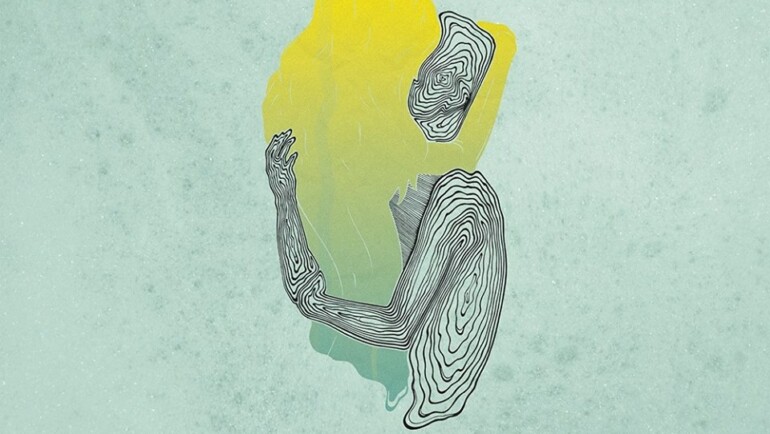 The Vienna/Berlin based duo ANT ANTIC just released their debut album, “Wealth”, on Seayou Records. The freshman release from Tobias Koett and Marco Kleebauer checks off all the latest trends: striking vocals, loads of synths somewhere between pop and club sounds, and of course, electronic drums.

The marching order on “Wealth” is clear from the very beginning. Electro pop that can also work in a club. And thanks to the approachable vocals and the punchy and techno friendly synths, it is a combination that works.

Tobias Koett provides a voice that is melancholic enough to bring broody types on board but also provides a certain sex appeal. The pre-release single “4Pole” is just one of many songs in which the vocals are enriched with electronic effects to help move the music in a club direction. The fiercely performed lyrics “Lucky phlegmatic me. I don’t care. Fuck off or fuck me” can easily be understood to be a reference to online dating apps which just emphasises their successful navigation of the contemporary zeitgeist.

ON TOP OF THE TIMES

It is impossible in a review like this not to mention that drummer Marco Kleebauer is also heavily involved with current media darlings Leyya. You might say ANT ANTIC is Leyya’s little brother. Not just because of the lineup, but also, to a certain degree, the sound. It is a relationship that can also have a certain advantage for a young band.

But ANT ANTIC doesn’t let that get in the way of their own creativity. “Blood Sugar” has an intro featuring effective vocal experimentation that don’t just remotely resemble pan pipes, but also proves that the boys in the band have a talent for creating melodies and moods.

Another track that throws down some finely crafted melodies is “Histamine”. In the final track ANT ANTIC pull out all the stops and bring the album to a close with grand emotions and come back to the zeitgeist with electronically enhanced finger snapping. It’s clear that the two creative minds behind ANT ANTIC have a good feeling for modern sounds and the skills to adapt them to their own style. It’s also clear they are old hands in the effective use of synths and electronic drums, and the entire album exudes a professionalism in production. ANT ANTIC will have fans of electro-pop eating out of their hands.

Sebastian J. Götzendorfer (adapted from the German by David Dempsey)