5K HD is the moniker of Austrian jazz band Kompost 3 and singer Mira Lu Kovacs of Schmieds Puls. They combine jazz, sound experiments, pop, and cinematic surprises. The ensemble is also expert at creating a subtle kind of funk. This supergroup, that doesn’t really want to be called that, released its debut “And To In A” to international critical acclaim in 2017, followed by lauded performances at Ment Ljubljana, Eurosonic Festival 2019, The Great Escape and Primavera Sound. In summer 2019, they announced their latest album “High Performer” and played shows at Haldern Pop Festival, Südtirol Jazz Festival and Reeperbahn Festival 2019.

5K HD´s  2nd  album “High Performer” was released on Sept 6th. Shortly after the avantgarde-pop formation played at the renowned Reeperbahn Festival in Hamburg. Beehype about the latest release:“High Performer might include the most intense collection of songs you’ll hear this year, not just in Europe.”

Last but not least, the supergroup was one of the winners of the MMETA 2020 at Eurosonic Festival and is currently nominated for the “European Album Of The Year 2019”, awarded by Impala – Independent Music Companies Association. 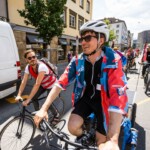 From 2021 to 2022, FOOTPRINTS is spearheading the promotion of 6 agents to support them in developing their European network. Among them is long-time Artist Manager from Austria, TOM TANZER, representing Manu Delago, 5K HD … read more » 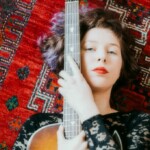 MIRA LU KOVACS will present her first solo album “What Else Can Break” at the end of March. After three trio albums as SCHMIEDS PULS, the Burgenland native has now recorded her vocals and guitar … read more » 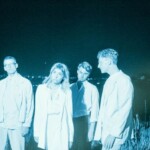 Since 2015, selected FOCUS ACTS have been supported with annual tour subsidies. The sizeable endowment is intended to enable local acts to accept more concert invitations from abroad, and thereby strengthen the presence of Austrian … read more »