Alexander Yannilos (*1989) is a drummer, producer and audio engineer based in Vienna. He is constantly involved in a wide range of projects ever since, exploring all forms of Jazz, improvised and contemporary music, as well as modern Pop, experimental club music, and music for theater and film.

Some of his current projects and collaborations include the fusion of instrumental live- improvisation and modern electronics with his collective MOTHERDRUM [featuring artists such as Patrick Pulsinger, Isabella Forciniti, Alexander Kranabetter, Maja Osojnik…], the trio /kry with Mona Matbou Riahi and Philipp Kienberger, P:Y:G featuring Robert Pockfuß and Jakob Gnigler, the band of Avantgarde-Pop artist Teresa Rotschopf, VIVID Consort and many more.

Since 2010 he has been active as a Producer and Engineer, recording, mixing, mastering and producing more than 100 Albums/LPS as well countless EPs and live-recordings, for bands from the Jazz and experimental scene, as well as alternative Pop artists such as ƒauna, Alicia Edelweiss, Kathi Trenk (Sex Jams), and many more.

In 2011 he founded FREIFELD, an association to support and promote progressive music. He designed the concert space “Strenge Kammer“ at Viennese jazz club Porgy&Bess and opened it with the weekly concert series “FREISTUNDE”, hosting almost 200 shows in various venues with bands from the Viennese scene, as well as international acts.

In 2015 he started his Label FREIFELD TONTRAEGER to release selected albums and further support bands and artists he produces for. To date the catalogue counts 36 releases.

Artists, ensembles, venues and festivals he has worked with and for as a live/sound engineer include Reaktor Wien, Ensemble Reconsil, Wien Modern, Konzerthaus Wien, Jeunesse Wien, Saalfelden Jazz Festival, Schtum, Ingrid Schmoliner, among others. 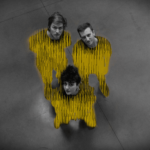 What went down at Kick Jazz VI (NEW VIDEOS!) 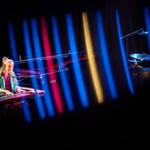 The 2021 edition of KICK JAZZ – the two-day festival organized by Austrian Music Export together with Porgy & Bess – was originally planned to take place live and in-person, bringing together local acts, fans … read more » 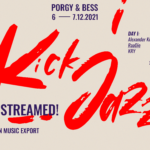