Not many bands manage to hit the international stage from the very beginning. But CARI CARI – aptly named the “lovechild of The XX and The Kills“ – have done it their way: first taking on the world and then Austria. Their single “White Line Fever” was licensed for the series “Shameless”, they have done a no-budget tour of Australia (a documentary is in the works) and their songs have been praised in blogs and online magazines. The band stole little bits and pieces from each city they lived in – East London’s boldness, Melbourne’s DIY-attitude and the fascinating weirdness of Tokyo – and distilled all these features into their trademark sound.
The two-piece – CARI CARI are Stephanie Widmer (Vocals, Drums & Didgeridoo) and Alexander Alexander Köck (Vocals & Guitar) – also won the first ever XA Export Award at Waves Vienna Festival in fall 2017. In 2018 the band is present at the most important showcase festivals, like ESNS, Primavera Sound, The Great Escape and Reeperbahn Festival. In addition to their live gig at Westway Lab Festival (Guimarães, Portugal) in spring 2018, they have been invited to participate in the artist residencies.

In November 2018, the duo released their debut album “ANAANA” to international acclaim, immediately entered the Austrian charts and has been touring ever since. 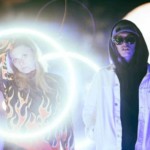 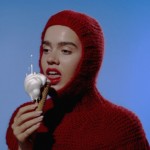