Born in 1985 in Austria David Six began playing the piano at an early age. After studies of philosophy and ecological engineering in Vienna he gratuated in music (piano and jazzpiano) in 2012. Further studies in New York in 2010 with Ellery Eskelyn, Aaron Parks and Fred Hersch brought very important contributions to his development. Since 2012 he studies south-indian rhythm and Mridangam with Manickam Yogeswaran in Berlin.

The composer and pianist artfully spans an arc between these two musical worlds, however, without ever becoming too obvious. It is precisely these blurred lines that add a special flair to his music. 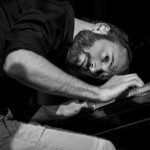 The New Austrian Sound of Music – in short NASOM – is a long-term sponsorship program by the Austrian Federal Ministry for Europe, Integration and Foreign Affairs (BMEIA), promoting young Austrian musicians for the fifth … read more » 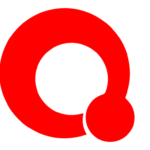