DERO & KLUMZY (f.k.a. Mr. Dero & Klumzy Tung) are an Austro-British duo made up of Graz-based DJ/producer Mr.Dero and Klumzy Tung, MC and singer/songwriter from London. Since meeting in 2006 they have established an enviable position as a respected production team, live performance duo and music video craftsmen, having clocked-up millions of online views, performing hundreds of live shows across Europe and achieving mainstream radio rotation in the process.

After more than ten years on the road, Dero & Klumzy released their first joint hip-hop album, “For The Record”, in October 2018 on Tiefparterre Records. Their music has been featured in worldwide hit TV series “Skins”, received BBC Radio1 airplay and has earned them “FM4 Soundpark Band of the Month”, to name but a few achievements. They have always kept good company having collaborated and/or performed with legendary artists including the likes of Beardyman, DJ Vadim, Africa Baby Bam (Jungle Brothers), Denyo, Reeps One, JFB, Jstar or dub legend Mad Professor for example.

“Dero & Klumzy, who delivered the best show I have seen for some time! If you have the opportunity to see them…incomprehensible! They are so tight! The music selection was top, Dero’s mix was amazing! And Klumzy Tung: 2 hours of freestyle rap on stage, something you do not have yet seen!” Kristian Davidek (Radio FM4)

“My headphones are not doing that one justice… It needs to be on a whomping great system… Whomping!” Rob da Bank (BBC1 Radio Extra) 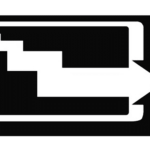 The Styria-based label Tiefparterre Records derived from an association network dedicated to the promotion of art and culture. First launched as a web space project for young creatives in search of a new platform, the … read more »