DIVES was formed in February of 2016 after Dora de Goederen, Tamara Leichtfried and Viktoria Kirner met at the Austrian pink noise Camp. The Viennese underground scene was immediately taken by their surf-ish sound. German SPEX magazine sees the band in one line with „indie heroes such as the Shop Assistants, Feelies […] with influences of bands such as La Sera or Waxahatchee”. DIVES are contemporary and yet, there’s an 80s vibe going on here, referencing artists like Altered Images but also the early Black Tambourine or La Luz.

DIVES already toured throughout 13 countries over half Europe, played with artists such as L.A. Witch, Bilderbuch, Annenmay Kantereit and Courtney Barnett. The trio opened the Popfest Wien in July 2018 and performed at the renowned festivals c/o Pop, Popkultur Berlin, Reeperbahn Festival and Waves Vienna in fall 2018. DIVES have been awarded the 2nd XA – Music Export Award at Waves Vienna 2018 and became one of the “Focus Acts 2019”.

Their full-lenght debut album “Teenage Years Are Over” was released on 15 November 2019 via Siluh Records, followed by a tour in Germany, Austria, Switzerland and shows at Viva Sounds Gothenburg and Eurosonic Noorderslag 2020.

With their latest single “Ego” (May 2022), which may surprise one or the other old-established Dives fan soundwise, DIVES invited to stroll around outside, roller skating or cruising around with the top down. Including clever lyrics and statements against social bullshit, selfishness and narcissism.

The longed-for 2nd studio album “Wanna Take You There”, to be released in October 2022 via Siluh Records, will be a continuation of the band’s history, a testimony to musical coalescence and an expression of newly learned ways of working during the pandemic. As usual, varied but true to the unmistakable DIVES sound, light-footed but self-confident. 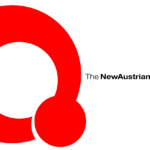 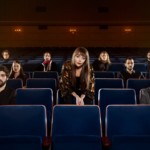 The results are in! The jury has made its deliberations and the AME FOCUS MARKETING projects have been chosen. In April 2021, AUSTRIAN MUSIC EXPORT put out an open call for its first ever FOCUS … read more »

This spring, the weather has been much like the music scene. One minute sunny, the next rainy. Hot, then cold. Events planned, events cancelled. When will the surprises end? While no one is holding their … read more »