With Dorian Concept, we are talking about one of the most promising acts of the Austrian music scene. Hardly any other Austrian musician has made the jump from his own four walls into the international music world at such a breathtaking pace. It is even more surprising that Dorian Concept – also known as Oliver Thomas Johnson – doesn’t have that many releases, but has made a name for himself by playing memorable gigs in various clubs around the world. He is a welcome guest in prestigious international clubs; tours have even led him to Australia and China. With his complex mixes of breaks and abstract electronic sound patterns, he has definitely built a reputation for himself in the electronic music scene.

It is not easy to classify Dorian Concept into one particular music category. Detached from any fixed musical standards, Dorian Concept combines electronics with jazz, hip-hop and jungle in a new and unique manner, highlights straight bass drums with interlaced jazz, and at the same time performs and improvises on his synthesizer with virtuosity.

As a trained keyboard wizard, he looks back on years of piano lessons and knowledge of jazz theory. His name comes from a term used in classical music theory – the Dorian mode. This explains why those who love analogue synthesizers alongside hip-hop and electro genre (and all other attempts to give a name to this direction) end up in a jazz tradition.

This special touch also caught the eye – as well as the ear – of BBC presenter, Gilles Peterson. He frequently plays Dorian Concept’s tracks on his radio show – the Worldwide Show – which is broadcasted in 15 countries and ranks among the top global institutions, in terms of musical taste. Being played by Gilles Peterson is a big ‘quality stamp’ and definitely something to brag about.

“I WAS FUMBLING IN THE DARK” – DORIAN CONCEPT 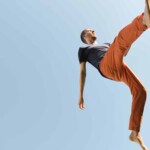 It could not have been wilder after the last record, says DORIAN CONCEPT. The Viennese musician and producer last released an album in 2018. His fourth album has just been released on the US label … read more » 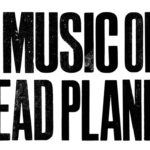 MUSIC DECLARES EMERGENCY is a group of artists, music industry professionals and organizations that stand together to declare a climate and ecological emergency and call for an immediate governmental response to protect all life on … read more » 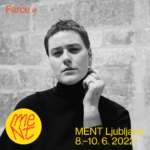 MENT Ljubljana presents the full lineup of acts and speakers for the 8th edition of the Slovenian showcase festival, which will take place between 8 and 10 June 2022. Among them are 9 Austrian artists, including … read more »