EBOW first appeared in guerrilla shows in laundries, supermarkets and trams. Today the artist, who lives and works in Vienna and Berlin, performs on more conventional stages. But her message remains provocative and political, calling for solidary and an equal society. Solo, but also as a member of the Gaddafi Gals, EBOW raps against sexism, racism and homophobia. In 2013 her debut album “Ebow” was released on Disko B. In 2017 “Komplexität” followed, Ebow’s first album on Problembär Records/Seayou Entertainment and a record, that takes the diversity of our society into account.

Her latest album “K4L” (“Kanak 4 Life”, released on March 29, 2019) is dedicated to communities and the things connecting us all. In contrast to the ego, which is so often over-represented in rap, K4L talks about family (K4L), friends (Slang), the queer community (Butterflies) or the experiences of migration (AMK). Ebow proudly proclaimed to be “Kanak for life”  in the chorus of the title track to “K4L”. Anyone who feels provoked by such a bold statement can once again perk up their ears. What at first could be written off as blatant hyperbole actually carries a more than serious message. Her stories deal with cultural and sexual identity in a way that puts supposedly untouchable norms in hip hop into a new perspective. Otherness and diversity are written between the lines, raised forefingers remain largely unpointed. This is the recipe that works for the Viennese woman with Turkish-Alevitian roots. The final result is a very tasty dish on “K4L”.

After touring in Austria, Germany and Switzerland, the eloquent feminist rapper was the opening act on the mainstage at the 10th anniversary of Popfest Wien. 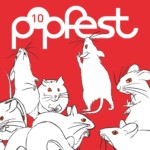 “MUSIC IS THE ARTISTIC FORM OF THE COLLECTIVE” 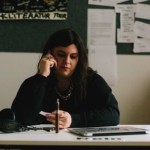 Hyperreality becomes reality again. From May 24 to 26, 2018, HYPERREALITY. Festival for Club Culture by Wiener Festwochen will take place for the second time. The dance floor and the related forms of expression of global … read more »