Electric Indigo, DJ, composer, musician, has performed in 45 countries across Europe, Asia, and the Americas. She represents an intelligent and distinguished interpretation of techno and electronic music. Her DJ-sets are characterized by a wide variety with a clarity of vision and a depth that comes from a deep understanding of the music and the art of DJing. As a composer and musician, she creates music for concert spaces and clubs, and occasionally for stage plays and short films. In her compositions and live performances, she emphasizes the spatial placement and precise structures of subtly elaborated sounds, often generated with granular synthesis. Her new album “Ferrum” was released on Editions Mego in March 2020. The Republic of Austria awarded Electric Indigo the Kunstpreis Musik 2020.

Electric Indigo started her DJ career in Vienna 1989 and lived in Berlin for three years [1993-1996] to work at the legendary Hard Wax record store. In 1998 she founded female:pressure, the international network for female*, non-binary and transgender artists in electronic music that was awarded with an Honorary Mention at Prix Ars Electronica 2009. Her compositions premiered at festivals like Wien Modern, CTM and Heroines of Sound. Electric Indigo’s debut album “5 1 1 5 9 3” came out on Imbalance Computer Music in spring 2018. Amongst other awards, she received the “outstanding artist award Musik 2012” in the category electronic music and computer music. 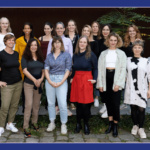 This year, for the first time, Austria joined five other countries in European efforts to promote FLINTA (women and LGBTIQA) in the music industry. MEWEM Europa (Mentoring Programme for Women Entrepreneurs in the Music Industry) … read more »

Covid-19 crisis has a massive impact on the current music scene. Musicians, agents, promoters, independent producers, technicians – almost everyone involved in the music industry is strongly affected. All festivals happening in Europe are either … read more »