Ever since Fid Mella officially released a beat on a mixtape by Boston rap legend Edo G & Special Teamz in 2006, he is constantly releasing critically acclaimed material and his production credits appear all over the musical landscape in Europe. Deeply rooted in the Italian Hip Hop scene, he worked with artists like Ghemon, Kaos, E-Green and Mecna. At the same time the Vienna based producer began to gain notoriety in Austria and Germany working for Olexesh, Audio 88 & Yassin and Kamp.

His Hi Hat Club Series collaboration with Brenk Sinatra in 2010, called “Chop Shop”, as well as his instrumental solo debut ” Tatas Plottn” in 2012, paved the way for the the succesful follow ups “Christmas in Hong Kong” in 2013, ” Chop Shop 2 – Singende Klingende Unterwelt”, again with Brenk Sinatra, in 2014 and his latest piece of work simply titled “Å” released in 2016. Alongside longtime collaborator and friend Mainloop he is co-founder of the record label Hector Macello. 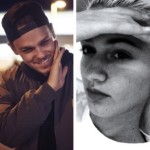 BEATS, RHYMES & HELSINKI – AUSTRIA EDITION 2016 (04.-06.10.2016) The music production camp Beats, Rhymes & Helsinki brings together the rap scene of Finland and its international counterparts. This year, the camp will focus on … read more » 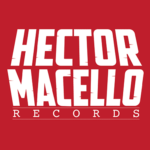 A new home for beats: For many years hip hop producers from Vienna have been inspiring a global audience. Big producer names like Brenk Sinatra, one of the most popular producers in Europe, or Fid Mella, … read more »