Vienna-born Gabriele Proy is one of Austria’s best-known contemporary composers. In 2013 she received the Music Award of the City of Vienna, the city’s highest honour for music.

From 2001 until 2013 Gabriele Proy was the President of the European Forum Klanglandschaft, she taught at the University of Vienna and at the Danube University Krems and from 1999 until 2013 at the ARD.ZDF-Medienakademie in Nuremberg. She has frequently been invited to give lectures and seminars at universities in Europe, Australia, Japan and Canada and since 2011, she has taught music composition at the IES Abroad Vienna. 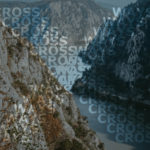 As part of the project “Crossways in Contemporary Music”, Michael Franz Woels went in search of Austrian composers or composers living in Austria who create an individual approach to nature in their music. While Part … read more » 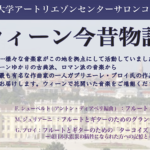 This December the Austrian composer Gabriele Proy will be performing two concerts in Japan – namely, on the 15th of December at the prestigious Tokyo University of the Arts and on the 19th of December … read more »