For many years now Gasmac Gilmore belong to the most successful bands of the Austrian rock scene. A triumph, if you look at the fast pace in today’s music world. Many bands have emerged and quickly disappeared from the scene. Gasmac Gilmore have remained and will probably do so for some time. Why? Simply because they belong to the rare exceptions that consequently pull through with their own style and have stayed real and authentic all this time. Matthias Wick (vocals, guitar), Elias Berner (guitar), Thomas Pröschl (bass) and Max Berner (drums) love loud guitar music, rock music of the more vigorous kind and have found a way to wrap their music in a form that sounds very unusual and multi-faceted, unlike many comparable formats. Their sound has already gathered many fans beyond Austrian borders, which shows in their many concerts in Germany, Switzerland and other European countries.

The band founded in 2002 was never really heavily promoted. Too hard for the commercial radio, too little on trend and indie for the alternative radio. Reviews about Gasmac Gilmore were mainly placed in respective music magazines. However it is probably exactly this credible denial of having to submit in any manner to any expectations, that has brought this four-member band to success, with the Austrian Newcomer Award in 2009 and numerous loyal fans.

Musically Matthias Wick, Elias Berner, Thomas Pröschl and Max Berner have never made a secret about their preferences. It is hard music, enriched with punk, metal and ska rock, which they always wanted to create and still do. Even today, Gasmac Gilmore designate influences from bands such as Pantera, Gogol Bordello, System of a Down, Tool, Beirut, Nine Inch Nails, Firewater and Muse, although over the years their overall sound has involved less and less citations and cross-references of these influences.

You can clearly hear that the Viennese combo has found its own language and its unique expression with a lot of diversity and individuality that is seldom heard in the rock genre. From the very start, the Viennese musicians have never shied away from incorporating foreign style elements into their music. As if there were nothing more common, songs of Gasmac Gilmore include vibrant Balkan Brass sounds à la Kusturica, as well as melancholy klezmer melodies and frantic polka rhythms. A mix between the musical traditions of East and West that especially evolves live with their vitality, energy and passion and turns out to be a real stunner on stage, which never leaves anyone in the audience untouched. 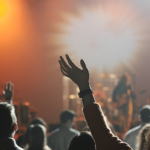 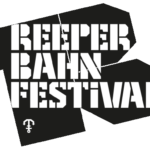 The Reeperbahn Festival is Germany’s largest club festival and since its debut 11 years ago has grown to become one of the most important meeting places for the music industry worldwide. On Wednesday, Sept 21, … read more » 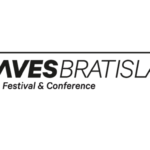 2 Days – 12 Clubs – 120 Acts From October 2 – 4, 2015, the club and showcase festival Waves Bratislava will take place for the third time in Bratislava. New talents as well as established acts … read more »