Where will the journey go for GODS, the elusive band and art collective based between Berlin, Germany and Cardiff, UK? The band’s self titled debut record, released earlier this year on Viennese label Wohnzimmer records, delivers a thematic blend of sex, war, emotional tension and sparkling moments of hope in a set of tunes ranging from radio-friendly synth pop to dancy, synth heavy experimental rock and dark EDM. Byte FM of Germany summed it up: ‘Something massive is evolving here’.

“Unnatural”, the first single release of GODS’ self titled debut album, presents the album’s main themes woven into a deceptively upbeat synth pop tune centered on the lingering hook ‘why does it taste so unnatural?’. The track entered the Austrian FM4 Indie Charts at #4 in the week of release.

GODS made their live debut at Eurosonic 2015, will play a string of summer festivals in Europe and then embark on a first tour with dates in France, Germany, Austria and other European countries starting later this year. 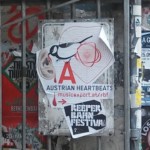 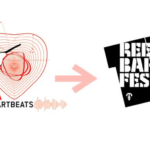 Reeperbahn Festival, Hamburg/DE September 23 – 26, 2015 Going strong for over a decade, the Reeperbahn Festival combines concerts in a variety of pop-cultural genres with an arts program and a platform for professionals in the … read more » 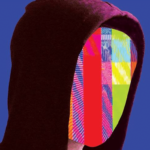