Golnar Shahyar is an Iranian/Canadian vocalist, bandleader, performer, composer and multi-instrumentalist based in Vienna and Berlin. She is considered to be one of the most innovative and creative performers and songwriters of her generation, whose work is redefining the mainstream sonic identities and perceptions of modern and contemporary musical storytelling of her generation. Her incredible grace and longing, combined with the expressive frenzy of her singing together with her playful approach to improvisation, are Shahyar s unique musical signatures. A true master vocalist whose ability to combine different music styles and cultures is so natural and effortless that one hardly notices the complexity of her compositions and singing. Her hypnotic performances create an atmosphere where authenticity, vulnerability, and empathy are celebrated as strengths. After getting her bachelor s degree in Biology in Toronto, Canada, she moved to Vienna in 2008 to pursue her dream of becoming a musician.

Her international career took off quickly while finishing her bachelor s degree in singing, music education, and guitar performance at the University of Music and Performing Arts Vienna. She is the bandleader and lead singer of her previous bands SORMEH (Austrian World Music Nominenee, European Worl Music Charts, NASOM selection), CHOUB (NASOM selection), SEHRANG as well as her currently active bands GABBEH, GOLNAR & MAHAN TRIO  (WOMEX 2020 Selection, NASOM selection) and GolNar. Her dedication to continually creating new cultural and musical dialog in her work brought her many collaborations with various internationally renowned musicians such as Erkan Ogur and Alain Perez, both on stage and in music productions as well as solo performances with ORF Radio Symphonie Orchestra and Trickster Orchestra.

Being for almost 10 years in music, performance, and education, Golnar Shahyar is considered to be a multifaceted musician who has put quality, dialog, personal expression, storytelling, and advocating social justice at the core of her artistic work.

“The only voice that ever moved me to tears when I saw her live. Every single note she sings contains incredible magic.” – Mira Lu Kovacs

“MUSIC IS FREEDOM FOR ME” – GOLNAR SHAHYAR 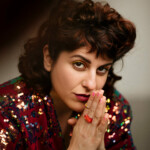 Music is GOLNAR SHAHYAR’s treasure, with which she shapes the world. With her evidently omnipotent voice, she is able to spread deep splendor in the inner and outer world, creating musical connections between the Orient … read more » 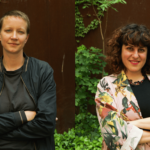 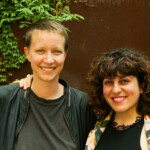