Their distinct and forceful sound, deliberately leaving out guitars, paired with their sympathetic presence on stage is something that catches the listener within the first few notes. Gospel Dating Service’s shows are guaranteed to make you dance, but the band still isn’t afraid of going into more intricate topics lyrically as well, mastering party and positivity with a slight touch of protest.Their upcoming second album (Release tba) is going to be even more versatile: moving around between Hip Hop, Jazz and Rock, it is a product of the decision to leave their rehearsal room and move the writing process into the studio, changing up their way of working. Variety definitely is the second album’s main focus, ensuring both constant development and progress in arrangements, sound design and lyrics. For the band complexity and lightness go hand in hand, which is mirrored in their charming and unique way of both making and performing music. For the second album, the band decided to work with producers David Furrer (Milk+) and Tom O. Marsh (Those Goddamn Hippies) once again. 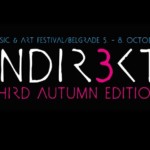 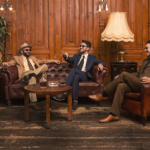 It is probably better to be sparing with premature praise. Especially when talking about a bands first release. But the musical fireworks GOSPEL DATING SERVICE (GDS) ignited with their debut album „Champagne“ (Kleio Records) are nothing short … read more »

”Kleio Records” is a new independent label from Vienna that is bringing a breath of fresh air to the indie and alternative scene in Austria. The label was established in May when they celebrated their … read more »