If HANS THEESSINK were American, he would be one of those legends whose guitar playing would have influenced generations of musicians. Not that the born Dutchman does not influence people already, but for a European musician to gain worldwide recognition it requires patience and perserverance, and of course a lot of talent and virtuosity. But the stamina of the musician living in Vienna has paid off. After more than 7000 concerts in the past 40 years and a series of distinctive releases, Hans Theessink has long since established himself as one of the major talents in terms of blues and roots music .

Hardly any other musician follows the traditions of country and folk-blues in its true and original form as much as the multiple award-winning Viennese-by-choice does. When a legend like the American blues musician Bo Diddley states that “Hans is one hell of a guitarist”, it definitely has to mean something. Not every musician can claim to be to have been virtually brought to that kind of honor from one of the most important figures of the blues.

His playing skills are mainly influenced by the legendary blues masters, such as Big Bill Broonzy and Leadbelly. He has been avoiding gadgets like drum machines or click tracks up to this day. His style rather follows the human pulse and heart beat in an earthy groove. Sometimes, a simple chord sequence is enough to bring a song to its fullest potential. Hans Theessink generates the atmosphere solely from his extraordinarily diverse and soulful sound language. These skills, coupled with a tremendous stage presence, are the reason why Hans Theessink was also able to achieve great fame in the original home of Blues, the United States. He is one of the few European musicians which have been invited to big American festivals such as the “New Orleans Jazz & Heritage Festival” and the “Chicago Blues Festival”.

One of the major highlights of Hans Theessink’s long career is certainly working with the blues legend Charles Brown, who agreed to sing a song with him on his album “Lifeline”. Further evidence of Hans Theessink’s high international reputation was in 2009: he was nominated as the first and only European artist for the Blues Music Awards, more or less the equivalent to the Oscars in the category “best acoustic album of the year”. In Austria, he was nominated five times for the Amadeus Austrian Music Award, which award he took home for “Songs from the Southland”. In addition, Theessink was also awarded for his merits as a musical ambassador by the City of Vienna in 2001 . 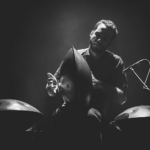 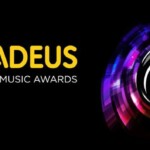 The nominees for this year’s Amadeus Austrian Music Awards have been announced! The coveted Austrian music awards will be presented on the 1st of May in the Viennese Volkstheater.

If Hans Theessink were American, he would be one of those legends whose guitar playing would have influenced generations of musicians. Not that the born Dutchman does not influence people already, but for a European … read more »