Born in Innsbruck in 1974, the composer Johannes Maria Staud draws much of his inspiration from literature and the visual arts. Reflections on philosophical questions, social processes and political events also influence his compositions. In doing so, his artfully constructed works follow a consistent dramaturgy.

Johannes Maria Staud studied musicology and philosophy in Vienna before continuing his compositional studies with Hanspeter Kyburz in Berlin. In 2015/16, he returned to the university where he began his compositional career and stood in for his former teacher Michael Jarrell for one year as professor of composition at the University of Music and Performing Arts in Vienna.

Just one year after he graduated Johannes Maria Staud won the Erste Bank Composition Prize in 2002. In 2003 he won the International Rostrum of Composers prize, in 2004 the Ernst von Siemens Composers’ Prize and in 2009 the Schleswig-Holstein Musik Festival’s Paul-Hindemith-Prize. Prestigious commissions followed. In 2004/05 Apeiron was commissioned by the Berlin Philharmonic under Sir Simon Rattle. In 2006 Segue for violoncello and orchestra was premiered by the Vienna Philharmonic under Daniel Barenboim, commissioned by the Salzburg Festival. His orchestral work Maniai received its world premiere by the Bavarian Radio Symphony Orchestra in Munich under the direction of Mariss Jansons.

Exemplary of the thematic diversity of his works is the selection of world and first performances which the Lucerne Festival presented in 2014: the violin concerto Oskar (Towards a Brighter Hue II), written for Midori, further develops the solo piece Towards a Brighter Hue, which took its inspiration from a sculpture by the English artist David Nash. The opera Die Antilope analyses the behaviour of society and the individual with a libretto by Durs Grünbein who also provided the text for Der Riss durch den Tag. The monodrama for Bruno Ganz, which received its world premiere in 2011 and could be seen again in 2014 in Lucerne, refers to Grünbein’s native Dresden and tells of social indifference, ignorance and their effects. The complete version of Zimt. Ein Diptychon für Bruno Schulz was premiered in Lucerne, a piece for which Johannes Maria Staud intensively studied the works of the Jewish writer and illustrator Bruno Schulz. The first part of this orchestral diptych, On Comparative Meteorology, was premiered in its original version in 2009 by the Cleveland Orchestra under Franz Welser-Möst and in the revised version in 2010 by the Vienna Radio Symphony Orchestra under Peter Eötvös; the second part, Contrebande (On Comparative Meteorology II), was commissioned by Pierre Boulez for the Ensemble Modern, which gave the world premiere in 2010 under Peter Eötvös.

The past season was characterised by an intensive collaboration with the Ensemble Modern: the large instrumental work Auf die Stimme der weißen Kreide (Specter I-III) received its world premiere at the Festival Musica in Strasbourg; a week later, Specter of the Gardenia oder Der Tag wird kommen opened the steirischer herbst. The theatrical evening came about through a collaboration with Josef Winkler and was performed by the Ensemble Modern under Emilio Pomàrico in a staging by Sofia Simitz. The Ensemble Intercontemporain premiered the the second part of Par ici – Par là at the ACHT BRÜCKEN festival in Cologne, presenting the complete ensemble diptych for the first time.

The 2016/17 season is dedicated to large-scale works. Johannes Maria Staud is working on a composition for orchestra which the Royal Danish Orchestra will premiere in September 2017 with further performances to follow in Vienna, Cleveland, New York and Miami. The composer will mark his return to the stage in June 2017 with his ballet Kafka at Stuttgart Ballet, with choreography by Marco Goecke. In December 2018 his new opera “Die Weiden” was premiered at the Vienna State Opera, conducted by Ingo Metzmacher. (Quelle: Karsten Witt Musikmanagement) 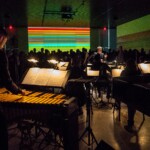 KLANGSPUREN SCHWAZ was founded 29 years ago and has since grown into the largest and most successful festival of contemporary music in western Austria. From 2022, programming has been put into the hands of the Italian … read more » 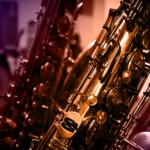 The MUSIKFORUM VIKTRING-KLAGENFURT has announced the 21st INTERNATIONAL GUSTAV MAHLER COMPOSITION PRIZE OF THE CITY OF KLAGENFURT. Composers of any nationality and without age restriction are invited to submit a composition (duration: max. 10 minutes) … read more » 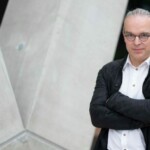