Julia Lacherstorfer has always drawn strength and inspiration from the musical experiences of her childhood and from the folk music tradition of her home region. She rediscovers the immediacy and freedom typical of folk music later in improvised music rather than in classical music. After studying music education at the University of Music and Performing Arts in Vienna, she specialised in jazz and improvised music at the Anton Bruckner University in Linz.

With the founding of her band ALMA and her duo Ramsch und Rosen, Julia Lacherstorfer has made a heartfelt wish come true: playing as a professional musician with the people she feels closest to both musically and personally. Together with her partners, she devoted herself to the utilisation of traditional aspects in Austrian and European folk music and to transferring them into the present.

As a composer, Julia Lacherstorfer explores the boundaries between the familiar and the unexpected, between the catchiness of traditional melodies and the unpredictability inherent in improvised music. As a performer, she places great importance on the relationship with her audience and allows for images and associations to make her music comprehensible and tangible. With her award-winning ensembles, she performs on renowned concert stages (Musikverein, Konzerthaus, Brucknerhaus, Porgy & Bess, etc.) as well as internationally (Denmark, Sweden, Ireland, Spain, Armenia, Peru, Mexico, USA).

Julia Lacherstorfer is making more and more of an impact on the current music scene through her many years of experience as a workshop instructor in the field of folk music, yodelling, and improvisation and by managing the Wellenklænge Festival in Lunz am See, thus providing musicians and artists a platform. As a performer and composer, she impresses with her enthusiasm, virtuosity and artistic curiosity, which is why she has long been a fixture on the Austrian music scene. 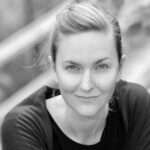 CAITLIN SMITH sees herself as a composer who works mainly with words, and she uses them to depict sensitive stories of disability and inequality from a feminist point of view. With two operas coming up, … read more »

“For me, it’s about bringing back the beautiful memories” – Sophie Abraham 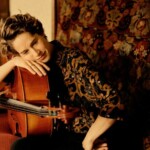 Musical limitations are foreign to the cellist SOPHIE ABRAHAM. A glance at the numerous fields of activity of the 1986 born musician reveals this: RADIO.STRING.QUARTET, TRIO FRÜHSTÜCK, ENSEMBLE SCURDIA and THE LITTLE BAND FROM GINGERLAND … read more » 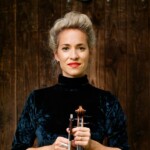 The violinist, singer and composer JULIA LACHERSTORFER, who has been causing a stir with her band ALMA for years now, released her solo debut in mid-October, “Spinnerin [a female narrative]” (Lotus Records). On this album … read more »