When a young band is already surrounded by a certain hype, even before they have released their debut album, you know that something special is going on. Magical, mysterious and fascinating are just some of the terms that come up when talking about Laikka.

A duo that puts equal emphasis on both visual aesthetics and music, pushing into the international spotlight with an exciting mix of experimental soundscapes, dreamy vocals and electronic beats. Rather loosely and coincidentally, the band’s name is reminiscent of the first living creature to make space history – and yet it’s also somewhat programmatic.

Founded at the beginning of 2020, Laikka deal with the big issues of our time, both musically and in terms of content, right from the start. A deep, melancholic look inside, strong emotions, the feeling of loneliness, diffuse fears, or even boredom in the digital age are often juxtaposed with their own big dreams. The overall appearance of the band is influenced by a digital aesthetic – with preference Laikka also blur the boundaries between music and art world with their visual works.

After the internationally acclaimed singles “The Answer” and “Dissolving”, Laikka released a great and true electronic pop gem with their album debut “Morning Glow” . As with Laikka’s previous works, the album’s content is about breaking out of rigid, pre-fixed structures and diving into one’s own vulnerability. Compelling and fascinating how the duo thereby mixes dreamy pop, experimental electronics and dark techno into a unity. 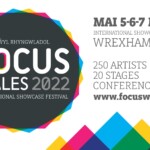 FOCUS WALES is an international multi-venue showcase festival taking place in Wrexham each year, which places the music industry spotlight firmly on the emerging talent that Wales has to offer the world, alongside a selection … read more »

“LAIKKA is a total work of art that consists of music, visuals, graphics, fashion and videos” – LAIKKA

LAIKKA, the duo that attracted attention with “The Answer” at the beginning of 2021, consists of MORITZ WUNDERWALD and ALEX GRUEHN. They named themselves after Laika, the first female dog in space – quite a … read more » 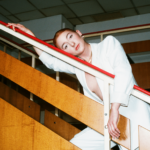 The VIENNA WAVES FESTIVAL (September 9 – 11, 2021) has nearly completed its festival program, and there are plenty of great acts to catch. Among them are some of the freshest Austrian acts from the … read more »