Born in 1991 in Vöcklabruck/Austria. She studied with Florian Bramböck and Harry Sokal at the Anton Bruckner University in Linz, the melting pot for creative improvised music. Afterwards she studied at Pôle Supérieur Paris-Boulogne Billancourt with Jean-Charles Richard in Paris and moved back to Vienna to take lessons with Andreas Schreiber.

Besides her main projects “chuffDRONE”, “First Gig Never Happened”, “DUO hofmaninger/schwarz”, “Little Rosies’ Kindergarten” and “Das Echo ist rot“ which she is co-leading, she is also working as a side woman with Gina Schwarz’ „Pannonica“ and Christian Muthspiel’s „Orjazztra Vienna“.

For the season 2017/18 she played in the Porgy & Bess Stageband called “Pannonica Project”, which is led by the double bass player Gina Schwarz. With this band she worked and performed with Ingrid Jensen, Sylvie Courvoisier, Julia Hülsmann, Camila Meza and Karin Hammar. For the season 2019/20 she was again in the Porgy & Bess Stageband with Christian Muthspiels’ Orjazztra Vienna.

In 2011 she was selected to play at the Marianne Mendt Jazzfestival (promotion for young jazz musicians in Austria), in 2013 she received the “Bawag P.S.K. Next Generation Jazz Award” with her band “chuffDRONE” and was nominated for the “New Austrian Sound Of Music” (NASOM) for the season 2018/2019 with her band “First Gig Never Happened”. She was again nominated for NASOM for the season 2020/2021 but this time with her DUO hofmaninger/schwarz. 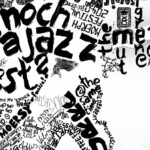 From June 3-6, 2022, the MOERS FESTIVAL takes place for the 51st time! Once again, it has created an avant-garde, powerful and empowering program! Among the artists is the 16-person ensemble, the VIENNA IMPROVISERS ORCHESTRA … read more » 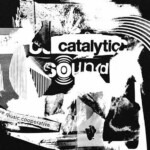 In October 2021, CATALYTIC SOUND FESTIVAL will take place every weekend of the month, worldwide – each one focusing on its own scene. The mini-festivals can be experienced both live in the respective cities and … read more »