It is said to choose your superlatives wisely. However, leaving them out, describing Soul & RnB Wizkid LOU ASRIL is close to impossible. He might still be a teenager, but manages to extract the Soul in his voice exactly from where it lies within – in between a fast pumping heart, and a tingly feeling stomach, leaving us both breathless and tongue – tied.

Starting a classic piano education at 11, he formed a band at 15 and began performing his songs right around this time. At 17 he won the Joe Zawinul Award, landing him a spot in a songwriting sessions in Los Angeles. 2019 brings his first public offering „Divine Gold mine “ as well as a definite start to his live career, conquering the stages with his groovy, velvety sounds that draw inspiration from acts like Solange, The Weeknd or Drake. 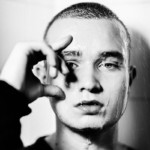 The FM4 Soundpark is a web-platform, community, and radio show for Austrian musicians. Every month, one act is selected to be highlighted both online and on air. The FM4 Soundpark act of the month. When … read more » 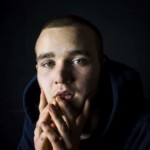 LOU ASRIL, 19 years old, has only talked little about himself or “Divine Goldmine” so far. Stefan Niederwieser spoke with the musician, who gave him his very first interview. Recently LOU ASRIL was announced to … read more »