Marko Ciciliani is a composer, performer, researcher and audiovisual artist based in Austria. The focus of Ciciliani’s work lies in the composition of performative electronic music, often in audiovisual contexts. Light- or laserdesigns are often integral parts of his compositions. More recently he has also included live-video in his compositions, by making the manipulation of images part of an extended instrumental design. The artistic combination of sound and light was also the topic of his PhD research that he completed at Brunel University London in 2010.

It is characteristic of Ciciliani’s compositions that sound is not only understood as abstract material but as a culturally shaped idiom. The exploration of a sound’s communicative potential is as much in the foreground of his work as its objective sonic quality. Ciciliani’s work is characterized by a conceptual approach in which aspects of classical composition, sound and media-studies play tightly together.

The different “genres” in which Ciciliani’s music can be found are reflecting his manifold artistic activities. His music has been performed in more than 35 countries across Europe, Asia, Oceania and the Americas.

It has been programmed by festivals and concert series of electronic experimental music like Experimental Intermedia/NYC, Club Transmediale/Berlin, SuperDeluxe/Tokyo, NowNow Series/Sydney, Ibrasotope/São Paolo or Findars/Kuala Lumpur; just as much as by festivals for post-avantgarde music as Wien Modern, Ultraschall Berlin, Huddersfield Contemporary Music Festival, Maerzmusik, ISCM World Music Days and many more.

In 2009 Marko Ciciliani was recipient of the prestigious Villa Aurora Stipend, a three-month artists residency in Los Angeles. He received numerous project-residencies at STEIM/Amsterdam, ESS/Chicago, ICST/Zürich, Mittersill/Austria and ZKM/Karlsruhe. In 2015 Ciciliani has been granted funding for a 3 year artistic research project titled “GAPPP – Gamified Audiovisual Performance and Performance Practice”. It is funded as part of the PEEK program of the Austrian Science Fund and will run from 2016-19.

Ciciliani is full Professor for Computer-Music Composition and Sound Design at the Institute for Electronic Music and Acoustics (IEM) of the University of Music and Performing Arts Graz. His primary fields of research are audiovisuality and performance practice of electronic music. 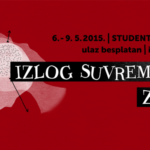 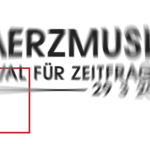