MATTHIAS KRANEBITTER was born 1980 in Vienna, Austria. He studied electro-acoustic composition with Dieter Kaufmann and German Toro-Perez, film and media composition with Klaus-Peter Sattler and piano with Christiane Karajeva at the University of Music and Performing Arts Vienna. He continued his studies with a postgraduate course at the Conservatory van Amsterdam as well as at the University of Graz with Alexander Stankovski.

“My music is characterized by carnevalistic aspects: a post-modern relativisation of musical aesthetics of the past, a dense accumulation and mash-up from everyday life’s trash sounds to a flittering-colourful and hyper-heterogenic sound flood, a comic-like, grotesque distortion of clichéd musical gestures with an ironic ambivalence, aiming for a realisation of a culture- liberated Art brut in music.”


For 2015 he was awarded a scholarship from the Junge Akademie and invited to Berlin by the Akademie der Künste.

He is founder of the ensemble Black Page Orchestra as well as one of the initiators of UNSAFE+SOUNDS FESTIVAL – antidisciplinary Festival / Media Arts Music in Vienna. 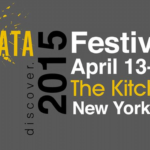 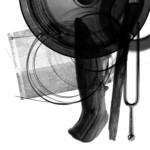 mica – music austria has put together a promotional package consisting of several modules for the younger representatives of contemporary music in Austria. 23 composers are represented with their compositions on 3 CDs. Furthermore, the … read more »