Monophobe is an aspiring and highly talented musician, beatmaker, and producer from Austria. The genres he is operating in are quite diverse, from Electronica to delicate Future R’n’B and crispy Bass Music. His debut EP “Throwback” was released in December 2015 via Shash Records, followed by “Double Tap” on the Slovakian label Gergaz and “Tape Me” with fellow producer FVLCRVM on Modeltraxx Records.

Monophobe has also made several official remixes for acts like Abby Lee Tee, Hearts Hearts, Mynth or Leyya and has collaborated with the likes of Jimmy Pé, FVLCRVM, Sixtus Preiss, Karma Art, Left Boy or 5KHD. His tracks are played & supported by artists like Machinedrum, LeFtO, Chief, Laurent Garnier, Jimmy Pé, The Clonious or Shadow Child and can be found on numerous compilations.

Maximilian Walch aka Monophobe has defined his own genre simply as music. At least according to his facebook page. And considering his diverse musical education and the wide variety of musicians he has worked with it is probably the most fitting for him. He enjoyed a musical education in grade school, first playing violin and then viola. He also enjoys choral perofrmances, a hobby he says he still maintains when time allows it. 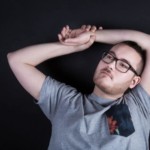 MONOPHOBE is a producer and beatmaker, but also a solo artist and currently involved in projects with LEYYA, SIXTUS PREISS, LEFT BOY, 5K HD and BILDERBUCH. His debut EP “Throwback” was released in 2015 by … read more » 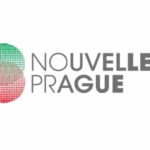 In November 2017, Austrian Music Export will be continuing a series of Austrian networking and showcase events in the Czech Republic (Nouvelle Prague) and Italy (Linecheck Festival/Milan Music Week), this year´s focus countries. Both festivals … read more » 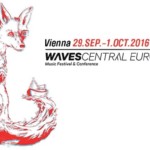 2016 will be the 6th round of the annual Waves Vienna – Music Festival and Conference. From the 29th of September until the 1st of October, this multicultural initiative will be transforming established venues and … read more »