When the guys decided it was time to push their creative boundaries beyond building lethal ski-jumps and plummeting down the Tyrolean Alps, forming a band seemed a natural progression. They spent seven years refining their special blend of Electronic Pop with a vision to producing high-quality music; to inspiring and entertaining their audiences; and to remaining responsive and true. From the start they felt more comfortable writing and singing in English, partly inspired by Ramon who is a native English speaker. In the summer of 2011 their single “Set my Sail” (SONY Music) captured nationwide attention and climbed to #14 on the national charts. For they performed extensively at gigs in Austria and Germany, at several music festivals including the Donauinselfest, Alternative Escape in Brighton, UK as well as supporting the likes of Thirty Seconds To Mars, The Wombats, Nena and Friska Viljor. Their live performances are always highly energetic, interactive and draw repeat audiences. They spent most of 2013 back in the studio writing and producing a new generation of songs for a new full-length album. In 2014 ‘LOVERS ON THE RUN’ and ‘HELP OUR SOULS’ were released and received widespread recognition resulting in a single deal on a remix with (EPIC Amsterdam) and two shows at the SXSW 2015 in Austin. With the generous support of the Austrian Music Fund, their new album will be released in 2015, an album packed with more soul, funk and beat. 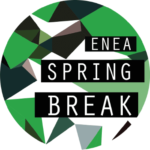 A pioneering event in the Polish music industry, the Enea Spring Break Festival will take place for the fifth time in 2018 in the heart of Poznan. At the festival, shows of young, aspiring groups … read more »

ALWAYS BREAKING THROUGH – A LOOK BACK AT EUROSONIC 2018 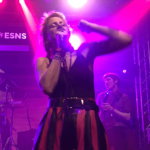 How to blow them away at EUROSONIC FESTIVAL, and how to get the most out of your trip. A report from Europe’s most important platform for the live-music industry. There are many metaphors for Eurosonic … read more » 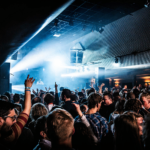 Each new year starts with the first official gathering of the music industry at Eurosonic Noorderslag, Europe’s most significant showcase festival. The next edition of the Dutch festival will take place on January 17-20, 2018, in … read more »