The man is the definition of a musical entertainer. A positive energy combined with a sympathetic nature who needs no time to get the audience on his side. But it isn’t just his authentic performance that has scored points for the Lower Austrian born busker Onk Lou. After years on the road his song writing talents and expressive range have developed into a force to be reckoned with.

Onk Lou is at home with pop. His very own, special kind of pop. The sound he creates has it’s own wavelength, one that offers musical diversity plenty of room and sounds much more diverse than others in the same genre. Sometimes he lets it rock only to slide into alternative a few moments later.

And then there is the finely woven acoustic pop with just a hint of blues and folk defining its way. Onk Lou’s songs possess something fleet-footed and optimistic, a sort of humorous nonchalance that is incredibly infectious.

The songs create a good mood even in those moments when they wing into the more calm and melancholic. There is a gleam between the melodies, sounds and notes that provide something hopeful, something that encourages without ever falling into the trap of pathos or superficiality. Onk Lou proves that good pop can get into your head without sacrificing depth. And he does it in a really impressive way.

“I am very happy to be behind the scenes.” – Interview with Bernhard Kaufmann (Karmarama) 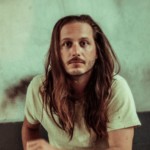 BERNHARD KAUFMANN started as a trumpeter in the Austrian band GUADALAJARA. He has long since moved behind the scenes of the music business and works as a manager, booker and label operator for KARMARAMA. In … read more » 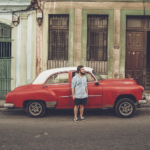 Really well made, hand-crafted pop music, without any of the typical grand-gestures but still displaying a certain grandiosity. ONKL LOU proves himself to be a songwriter who is destined for greater things on his recently released … read more »