Austrian musician Parov Stelar has taken over the global music scene like a phantom in recent years. Through his music the modest but exceptional talent has not only gained an enormous fan base, but has also achieved cult status as a producer. His retroinfluenced music is borne out of an aura of elegance, wickedness and pure energy.

Inspired by styles and samples from the most varying of genres (soul, pop, jazz and swing) and combined with modern beats and grooves he creates an incomparable and peerless sound. For his live shows Parov Stelar takes to the stage with a host of musical magicians.

The performances of the Parov Stelar Band are one of the most impressive live conversions of electronic music currently to be seen anywhere in the world. Brass and rhythm sections along with tour singer Cleo Panther re-invent Parov Stelar’s electro beats, emotionally charging the public in a way never thought possible. At the centre of the show is the creator himself, guiding the musical tour de force from the DJ booth. Despite 100’s of live shows and excessive touring the band still continues to push their own creativity and break the boundaries of musical performance. Each show is uniquely different from the previous, inviting the listener to explore new aspects and emotions within Parov Stelar’s music.

Sendmate – an Interview with Stefan Baumschlager 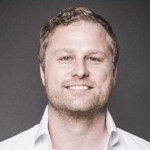 What are two things you can’t do without in the music business? The answer is simple. Someone who makes music, and someone who listens to it. Listeners fill the venues and await the newest releases, … read more » 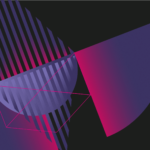 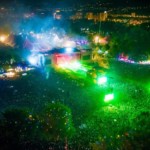 Most festivals – at least those where you can and want to camp – are probably not too far away from racetracks, airports, or industrial areas which have already seen better days. Sziget Festival is … read more »