Philipp Nykrin, born 1984 in Salzburg into a family of musicians and music educators, has made his name in Austria as well as abroad. Even though, at a very young age, Nykrin started to play the violin and was classically trained, he soon discovered his interest and love for the piano. Philipp Nykrin moved on from classical music to Jazz – the open minded-ness for all genres and styles stayed.

In 2006, he was awarded the Scholarship for Music of the province of Salzburg and won the Hans Koller Prize – New York Scholarship in 2007. During his stay in New York City, he forged links to many renowned musicians to which he stays in touch with until today as well as taking private lessons from piano-icons such as Uri Caine.

As a musical ambassador of Contemporary Austrian Jazz, Philipp Nykrin was part of the support program of music export of the Austrian Ministery for Europe, Integration and Foreign Affairs with his Piano Trio as well as with Namby Pamby Boy.

One of the highlights of his career so far was opening the main stage with a commissioned program at the International Jazz Festival Saalfelden in 2014. For this occasion, he deliberately chose only Austrian musicians to join him to show the level and quality of Austrian music and musicians and to further already existing collaborations.

Philipp Nykrin is particularly known and valued for his stylistic versatility as well as his uniquely organically complex music, always keeping the original idea in focus, and is one of the busiest musicians in manifold genres around.

His tours and concerts brought him to more than 20 countries on 4 continents, performing at renowned Alternative- and Jazz-Venues and Festivals as well as the larger Pop-Venues in German speaking countries.

In 2017, Philipp Nykrin has released his latest Album as a solo artist called Songbook at Wiener Konzerthaus. 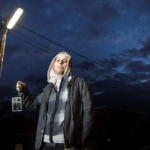 Getting out from behind a band and putting your own performance in the spotlight – that is exactly what Philipp Nykrin did with his most recent solo release “Songbook”.  Philipp Nykrin has a reputation as one … read more » 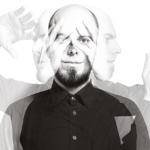 Getting out from behind a band and putting your own performance in the spotlight – that is exactly what Philipp Nykrin did with his most recent solo release “Songbook”. And he did in in the … read more »