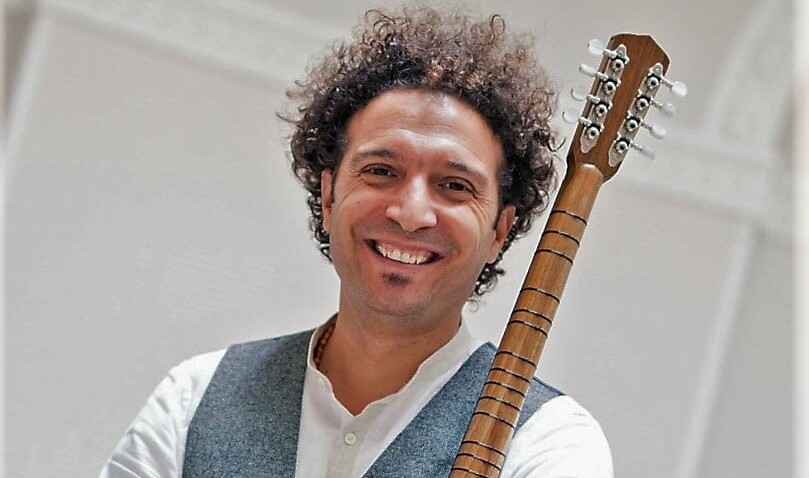 Salah Ammo is a Syrian-Kurdish musician based in Vienna since 2013. During the last few years he founded diverse musical projects, such as the Duo project with the austrian percussionist Peter Gabis, Salah Ammo Quartett and Dabke Dilan-Band. According to the 2016 review of the Austrian Music Export, Salah has been “one of the most celebrated musicians in the Austrian world music scene”. Salah’s duo project with the percussionist Peter Gabis released their album “Assi – A Story of a Syrian River“ in 2013, which was nominated for the list of bests of “Preis der deutschen Schallplattenkritik”. In 2014 the duo was in the Final of the Austrian World Music Award”.

Born in Northeast of Syria and grown up in a multi-cultural neighborhood where Kurds, Arabs, Armenians and Assyrians have lived together for thousands of years, these cultural and musical traditions have influenced Salah’s compositions and gave his music a special identity, which was obvious in his first album „morning breeze“ in 2010. One of his first projects was Joussour Group which has built a reputation as one of the most important groups in Syria. Joussour`s album „places and directions“ in 2011 includes beside his own compositions the musical heritage of the region where he came from.

Salah involved in artistic works including projects with Vienna Symphony Orchestra “Wiener Symphoniker” and Radio Symphony Orchestra Vienna. He has performed in Syria, the Arab world and Europe on many renown stages such as Vienna concert hous “WienerKonzerhaus”, Wales Millennium Centre in the UK,  at the festival “Images of the Middle East” in Scandinavia, Porgy & Bess in Austria, Rudolstadt Festival in Germany or World Museum in Vienna as well as “Al-Medina Festival” in Tunis, Qatar National Theatre in Doha, Arno Babajanyan Concert Hall in Yerevan, the Damascus Opera House and Cairo Opera House in the context of the 19th Conference and Festival of Arabic Music as well as Alexandria Opera House (Sayed Darwish Theatre).

With his instrument Bouzouk, compositions and voice he is moving between many genres and styles, performing in both, kurdish and arabic language. From the joyful beats of his Dabke Dilan Band to the unique and spiritual sounds of his Quartett and Duo, Salah’s music and projects reflects the beauty of oriental melodies mixed with occidental music elements and tell stories of solidarity and how to connect people and build bridges between different cultures. 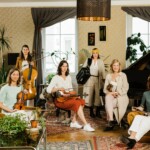 The Krems festival IMAGO DEI 2022 “IN-BETWEEN WORLDS” will take place from March 11 to April 18, with 16 concert evenings at the Klangraum Krems Minoritenkirche and three collaborative events in Vienna and St. Pölten. … read more »