The trio formed around the singer, guitarist, and songwriter Mira Lu Kovacs, with Walter Singer on contrabass and Christian Grobauer on drums. They have perfected what could be called a new musical distillation, crowned by Mira Lu Kovacs distinctive, crystal-clear voice. Where others play 1000 tones, they make a break – a break that makes the listener want to explode and scream inside. It takes talent to create such a tension, to create an audio dramaturgy that smacks the listener around the head.

Since the release of their debut album Play Dead in 2013 on the renowned Viennese label JazzWerkstatt Records, critics and music fans have been hailing the band as the discovery of the year. After releasing the follow-up I Care a Little Less About Everything Now (JazzWerkstatt Records / Seayou Records) and touring in Germany and Austria, France, the Czech Republic and Switzerland, Schmieds Puls won the Radio FM4 Award at the Amadeus Austrian Music Awards in 2016. Schmieds Puls’ third album “Manic Acid Love” was released in fall 2018, with the single Run released in April on the artist´s own Play Dead Records. In 2018 the trio premiered at the International Jazzfestival Saalfelden. 2019 Schmieds Puls  showcased at Ment Ljubljana. Mira Lu Kovacs curated the 10th edition of Popfest Wien.  The band Schmieds Puls is now acting under the name of its founder: MIRA LU KOVACS. 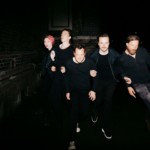 Avantgarde-pop formation 5K HD are one out of eight acts to win the Music Moves Europe Talent Award 2020! All winners were revealed during a vibrant award ceremony hosted by the glamorous Austrian singer Tom … read more »