Sofa Surfers were founded in 1996 by the Viennese instrumentalists Wolfgang Schlögl, Markus Kienzl, Wolfgang Frisch, and Michael Holzgruber. Musically the Sofa Surfers belong to the pioneers of the Viennese electronic music scene. Their freestyle grooves pulse with a dub influenced funky feel and a freedom that is closest to jazz. Live performances are the ultimate goal of the complete constellation.

For their first release, “Sofa Rockers”, they managed to get the viennese downtempo-funk prophet Richard Dorfmeister onboard for a remix. This opened they way for international acclaim. “Sofa Rockers” as well as their first full album “Transit” was praised in magazines like NME, Groove, Jazz Thing, and Muzik. They also found recognition in the form of remix requests from international artists. While the first album featured samples from their record collection, the sounds on “Cargo” are almost exclusively self-made.

Sofa Surfers have provided the soundtrack for the works of Wolf Haas-Krimis. Komm, süßer Tod (2000), Silentium (2004) Der Knochenmann (2009), and Anatomie (2000) contained songs from the band

Spanning more than 20 years of international success, the Austrian electronic and downbeat pioneers are far from settling down. 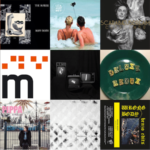 Shilla Strelka has summarized the latest releases of the Austrian pop, rock and electronic scene. Among them are releases of already known Austrian acts as well as six debut albums and one tape release. AT … read more » 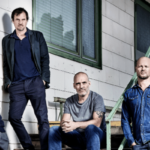 The SOFA SURFERS are 20 years old now. On October 6, 2017, they released a rather atypical anniversary album “20”. The album is more of a reference to their collected works than a Greatest Hits … read more » 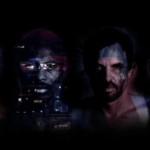 Sofa Surfers are one of the most influential bands to emerge from the electronic music scene in Austria. Spanning nearly 20 years of international success, the Austrian electronic and downbeat pioneers are far from settling … read more »