Voodoo Jürgens is seen as the next great hope for Austropop. It’s apparent that he has all the attention of the Austrian music scene. And that is certainly thanks to his lyrics. Because the music is of a very reserved nature. A little guitar for the background, every now and then a hurdy-gurdy and some drums to complete the sound. He plays folk, but more like anti-folk, and in his performances he almost evokes a young Bob Dylan. He isn’t stingy with live shows, it actually feels like he has already played everywhere. Wether as opening act for The Libertines – whose influence seems obvious in “Heite grob ma Tote aus” – Voodoo Jürgens always performs with a certain spark.

He didn’t just appear out of nowhere, though. He spent years as the frontman for the garage-rock band Die Eternias, and has stood with them onstage as support band for Ja, Panik or worked on an album with Wolfgang Möstl and his song “Broken Bones”. That one has even already had airplay on FM4. It was in Die Eternias that he got his name, because they would come up with new stage names for their albums. Now the musician from Tulln IS Voodoo Jürgens. And since the death of Udo Jürgens it has even acquired an extra macabre nature that he has eagerly taken to heart.

It’s the little details that make Voodoo Jürgens so likeable. That, and the feeling that you know exactly what he is talking about in his songs. Well, you do if you speak Viennese.

In our new monthly column “Austrian Music Highlights” we are offering the latest news at a glance. Find out about exciting new releases, the most interesting live tours & festivals, about award winners and nominees … read more » 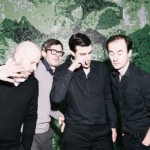 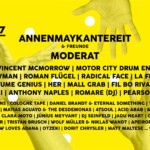 From August 16-20 the c/o pop Festival will bring international stars, celebrated newcomers and up-and-coming insiders to the musical stages of Cologne. Alongside AnnenMayKantereit & Freunde and the Berlin super group Moderat, who are the headliners … read more »