Šimon Voseček was born in 1978 in Prague and began studying composition at the Prague Conservatory with Otomar Kvech. At the same time he sang in choirs, one of which he also directed, and learned languages (German, Russian, Italian). 2002, after the completion of the Conservatory, he moved to Vienna, where he continued his compositional studies at the University of Music and Performing Arts in Vienna, first with Dietmar Schermann, Erich Urbanner and then with Chaya Czernowin. In 2008 he finished his studies with distinction.
He lives and works in Vienna.

Šimon Voseček’s aesthetics are based on a theatrical approach to music. Especially in his songs, he uses a romantic musical language and has no fear of emotion. Occasionally he abandons the usual expected ways with surprising twists. In his instrumental compositions, he increasingly uses avant-garde sonorities, for example in “Intermezzo” where the voices of the strings and horns are fused into clusters and include noisy elements.

Ranging from music for solo piano, violin and accordion, to chamber music, orchestral work and opera, Voseček’s compositions have been performed across Europe and beyond, including the USA, Japan and the UK.

In 2008, Šimon Voseček was presented with the Outstanding Artist Award from the Austrian Federal Ministry for Education, Arts and Culture for his first full-length opera, Biedermann und die Brandstifter (2005-2007), for which he wrote his own libretto based on Swiss writer Max Frisch’s 1958 play. The work was premièred by Neue Oper Wien in September 2013. The company took the opera to Italy the following year to perform at Bozen’s Teatro Comunale in February 2014. In November 2015, the London company Independent Opera at Sadler’s Wells presented a new production of the opera translated into English by David Pountney. The German première of the work took place in February 2017 in the Municipal Theatre of Bremerhaven. In 2012, Simon joined the Austrian young persons’ theatre company, the schallundrauch agency, with whom he works since then on productions in the capacity of composer, performer, music director and artistic director.

In 2011 and 2015, Šimon Voseček was awarded the Austrian State Scholarship for composition. The second scholarship allowed him to write the music to his third opera Hybris based on a libretto by Kristine Tornquist. The work was commissioned by sirene Operntheater and premièred in Vienna in November 2016. 2017 Simon followed an invitation of TOTEM(s) in La Chartreuse Villeneuve lèz Avignon to take part in a programme for creating new operatic works. His encounter with the french author Yann Verburgh resulted in two projects for new music theatre: Be My Superstar, based on the Yann’s theatre piece „Bullied – ordinary tragedies“, developped by the stage director Alexandra Lacroix (commissioned by LOD Muziektheater in Gent, Belgium, coproduction of enoa) and OGRES, based on the homonymous play by Yann, which will be shown in the 2020/2021 season.

For its 2019 edition, the festival Prague Spring commissioned Šimon Voseček with a new work for a chamber orchestra. The piece, Hypnos, will be premièred in May 2019 in Rudolfinum in Prague with PKF Prague Philharmonia conducted by Ben Glassberg.

In our new monthly column “Austrian Music Highlights” we are offering the latest news at a glance. Find out about exciting new releases, the most interesting live tours & festivals, about award winners and nominees … read more » 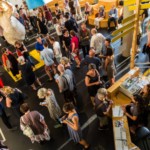 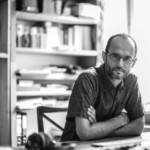