23-year-old Vienna-resident Wandl quickly developed into one of the most progressive and interesting European producers in recent years. His early EPs “Milk”, “Soon” and his Affine Records debut „Far Way Home“ stretched out his personal vision of brainfeeder-nerdism and state of the art bedroom-soul and garnered attention from press and scenesters alike.
In 2017, his longplay-debut „It’s All Good Tho“ brought his take on melodic vocals and experimental, bass driven instrumentals to the fore. On the album, he plays almost all the instruments himself, channels his vocals through machines, alienates and exposes them – and he’s not shy of monumental hooks either. The result is a postmodernist construction mixing trap, electronica and lots of soul, reminiscent of artists like James Blake or Flying Lotus. While 2017 also saw the young producer appear at prestigious festivals like Eurosonic Festival or Reeperbahn Festival, he toured Germany with Bilderbuch in 2018 and furthered his international profile with spots at Primavera Sound and c/o Pop. 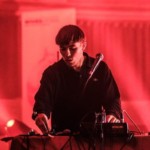 From August 29th until September 2nd the c/o pop Festival 2018 will bring you a carefully curated program – somewhere between Emo-Grunge from Flensburg and Korean-American Hip-House-Cloud-Rap. Alongside well known German artists like Beginner and … read more » 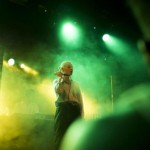 Next to BJÖRK, LORDE and A$AP ROCKY three acts from Austria played at PRIMAVERA FESTIVAL this year: CARI CARI, WANDL and MAVI PHOENIX. Some were luckier than others. Radiohead or Grace Jones, Nick Cave or … read more »