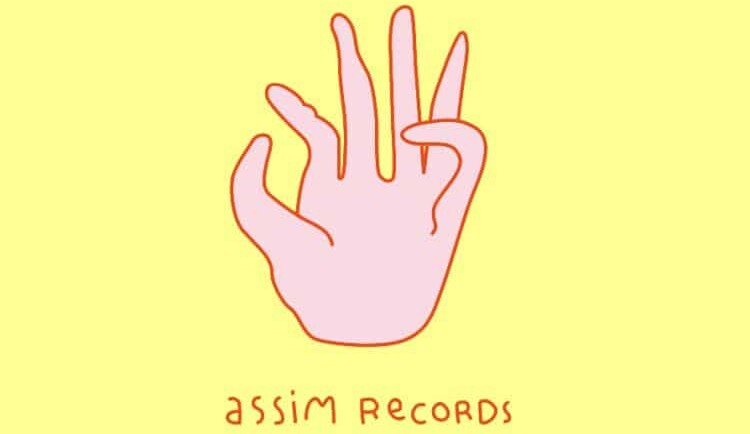 ASSIM will soon be celebrating its first anniversary within the Viennese label landscape. But not only that. The label has not only celebrated many releases last year, but also really “stepped on the accelerator” in all areas, as THERRY, co-founder of the label, says. One of the highlights? Just the existence of the label is celebrated as an extraordinary success. While a few months ago it was just a vague idea, it is now an established label with a decisive point that makes the difference: ASSIM PLAYGROUND. An ‘in-house’ collective of songwriters, producers and creative people who are facilitating songwriting camps, sample challenges and workshops, all in the name of networking and love of music.

“[…] WE’RE A LABEL THAT’S VERY ARTIST FRIENDLY AS TWO OF OUR FOUNDERS ARE ARTISTS THEMSELVES.”

ASSIM Records is a label and recently also a music publisher. The founders Therry [Theresa Langner; note], Mario Fartacek, Ilias Dahimène and Valentin Eder have come together from all areas of the music business and created something that mocks any label clichés. One almost has the impression that ASSIM is an oasis for artists for whom a close collaboration is important. “We are listening to each and every one of our artists, every day,” says Therry. Mario is not only active for the label, but also plays in two bands that are signed to ASSIM: Mynth and Good Wilson. Co-founder Valentin plays with Yakata, while Ilias is managing three other labels. It’s no secret that it’s an advantage if labels have a lot of knowledge about being creative artists. So if an artist has questions about recordings, if they’re unsure which song should be on the album, “they have two people who know a lot about it”, says Therry.

Therry has a very versatile musical past which of course benefits ASSIM on many levels. She has worked at the radio, was A&R at BMG and later music supervisor. At SeaYou Entertainment she was responsible for music publishing & sync and therefore knows how synch works. During her time at BMG she also found out that there’s almost no room for cool ideas at a major label. You fulfill a function and your own creativity falls by the wayside. Fortunately, this is definitely not the case with ASSIM. Finally, she can combine her expertise with new ideas for ASSIM – and that seems to work very well. Besides the usual label work like creating marketing concepts and release plans, ASSIM also provides its artists with a whole collective of music writers and experts. The band has the freedom to get advice from the Playground, ask for beats and simply cooperate and make music together. “Of course, we leave that up to each band themselves. Some want to do their own thing and that’s fine, of course.” Through ASSIM Playground, many cooperations between bands, songwriters and producers have already developed quite organically.

ASSIM is very open to new bands and also welcomes on its website that bands send in their demos. Therry says that really many demos are sent in. “We definitely are listening to all the demos that come in, also all together and see if it could fit for us,” says the co-founder. Of course, the label’s capacity should not be overstretched, because close contact with the artists is still the most important thing. It takes a lot of time to build up a newcomer. “You just have to see if you really want to have the act with you, and if it really fits perfectly to us, then we will definitely do it”. For artists it is of course a great feeling to know that the whole label is backing them. “We don’t take a band on board until we know for sure that it’s right for everyone and that we all want to make the band successful and that the band wants that.” You can see that ASSIM shakes up the classic division of roles between artist and label, and does so quite informally.

At the moment there are 10 bands and artists under contract with ASSIM. The genres are quite different, which creates a lot of dynamism. Nine of the ten bands are writing in English, one band, ELSA, in German. According to Therry, the frequent fear of bands with German and dialect lyrics of being less successful is unfounded. Therry, who has worked for the radio for a long time, adds that some radio stations are not so open to songs in dialect. Some orientate themselves by what other stations play, and some are hard to win over. But she also sees opportunities for foreign-language music on the international market. “I saw a band from Japan at last year’s The Great Escape Festival in Brighton that sang only Japanese, it was just so awesome.” So there’s really nothing to be said against German-language music also gaining a foothold internationally.

“THERE ARE BANDS THAT WRITE IN FANTASY LANGUAGES AND THAT ALWAYS WORKS SOMEHOW. SOMETIMES YOU DON’T HAVE TO UNDERSTAND ANYTHING, SOMETIMES THE VIBE JUST WORKS.”

But it is not only radio that is an essential part of the music business. The synch business is very interesting for many, even smaller bands and can be lucrative if you know how to approach it. However, the fast pace of the synch business often makes it quite difficult for labels and bands to find or even produce appropriate songs. Often the deadline is the same day or the next day at noon, says Therry. Typically, brands that work with advertising agencies send out briefings to publishers with a fairly accurate description of the song they are looking for. Often, these descriptions are very specific.

So they need a song that should be “happy, but at the same time deeply sad, also work as a discoclub-hit and have dogs as the topic”, Therry says. That this is not always that easy to find seems logical. There are also agencies acting as intermediates to look for songwriters who can write a song for a certain campaign exactly according to the briefing. “And then it takes place for a weekend, where all kinds of songwriters are thrown together, and that’s how you can work as an advertising agency, of course, that’s how it’s most fun,” Therry emphasizes laughing, with an alarming movement of hand towards the microphone. It seems that this practice has not yet fully arrived in the synch process – at least not in Austria.

SYNCH IS AN ART IN ITSELF

In addition, many potential customers do not want to invest much money in music. “Often a company drops by and says they’re looking for a song for a movie, and they would like to take a song from our label, and they have 100 euros for it”, Therry says. It’s not the same for everyone, of course. You just have to evaluate whether it’s worth it. “I also think that you can support small indie film productions. But if you know that a brand is already established and you know that it generates a lot of sales, it hurts a little because you don’t really feel appreciated.”

The recurring argument of extensive promotion is also no longer that convincing and one must then discuss this with the artist.

Nevertheless, the synch business is very important for artists. Ideally, Therry sees a successful synch deal not just as cooperation for a commercial, but as a complete package in the spirit of being “brand ambassadors”. For example, if a band performs at an event and is dressed up with a brand, then the band identifies itself with the brand and vice versa and both will gain a permanent benefit from that. For DIY bands Therry has another advice when it comes to getting synch deals: “Pitching is important, especially to the brands you want to work with, but also to the advertising agencies and music supervisors who work with the brands. Because they are often looking for songs for the brands.” Alternatively you can of course look for a music publisher who will manage everything for you.

ACE UP THE SLEEVE

Therry says that this year will be exciting for the artists at ASSIM. “Firstly there’s the Steaming Satellites EP and the first album from Good Wilson. After that Mynth will be back on the road, they will release also another album this year. Yakata is releasing another album and Neon Neet is releasing another EP”. Added to that, at the beginning of March of this year, they welcomed a new member of the ASSIM family, Miblu. And a true family they really are. In any case it will not be boring at all. ASSIM Records has not just one or two, but countless aces up its sleeve.

Note: This interview was conducted before the introduction of the coronavirus measures by the German government.